This fascinating piece was written by Martin Crosfill, a member and life long supporter of the library.

Browsing, as one does, among the shelves of the Morrab Library, I came across a book entitled “Aristotle’s Masterpiece” and, inside, the “Works of Aristotle”. As I had seen a copy of these works in twelve large volumes, and as this one was only five inches high, something seemed odd. It turns out that it is one of a number of Pseudo-Aristotelian writings and is, in fact, a sex manual.  The title was possibly used as camouflage, but the work became so widely distributed and so easily obtained that request for it was quite likely to elicit a knowing snigger from the bookseller. 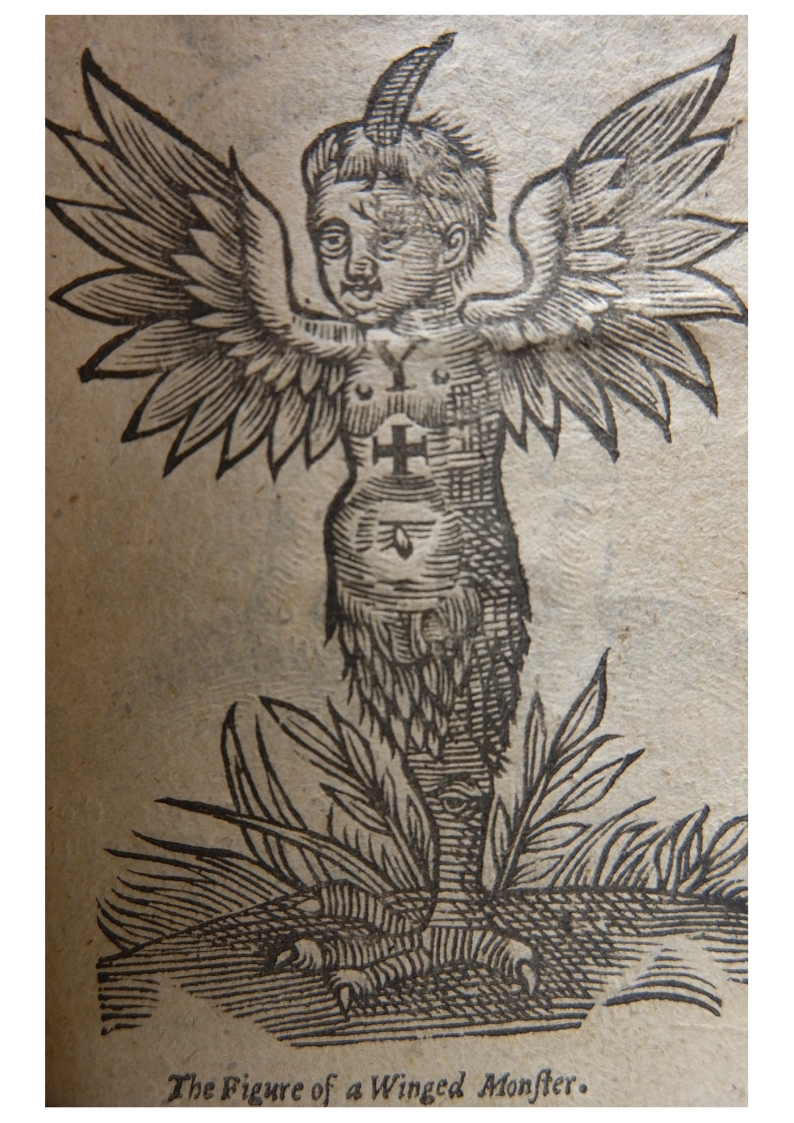 It is, in fact, a remarkable book with a remarkable history. It was first registered at the Stationers’ Office in 1684 by John How, with the subtitle The Secrets of Generation and was an immediate best seller. The author is not recorded, which is fair in that it is a hotchpotch of material from many sources. It owes nothing to Aristotle except the name and a faint echo of his treatise de generatione animalium. Of more mainstream books there are Jacob Rueff (de conceptu et generatioine hominis 1554) and William Harvey (De Generatione Animalium 1651) but  the strongest influence was probably from writers on domestic medicine such as Culpeper (Directory for Midwives), Lemnius (A Discourse touching generation 1664) and John Sadler (A Sicke Woman’s Private Looking Glasse 1636).

It would be fascinating to seek for evidence of plagiarism in the text of the Masterpiece, but it would be a mighty task; not so when the images are concerned – every edition I have seen is illustrated with woodcuts, mostly of monstrous births. I have attempted to trace one, the Ravenna Monster. His/her birth was recorded in 1512 contemporaneously by a Florentine diarist Luca Landucci, who described it from a drawing. “it had a horn on its head, straight up like a sword, and instead of arms it had two wings like a bat’s, and at the height of the breasts it had a fio on one side and a cross on the other, and lower down at the waist, two serpents, and it was hermaphrodite, and on the right knee it had an eye and on the left foot an eagle.” Such an image was too good to waste, and it soon appeared in books of monsters by Boaistuau (1560) Pare (1573) and Lycosthenes (1573). The second leg (and the eagle) were rapidly dispensed with. The monster appeared in the first edition of the Masterpiece and in almost all subsequent editions I have seen, up to and including the twentieth century century. The poor little creature deserves a posthumous fame.  Pope Julius 11 ordered it to be starved to death. 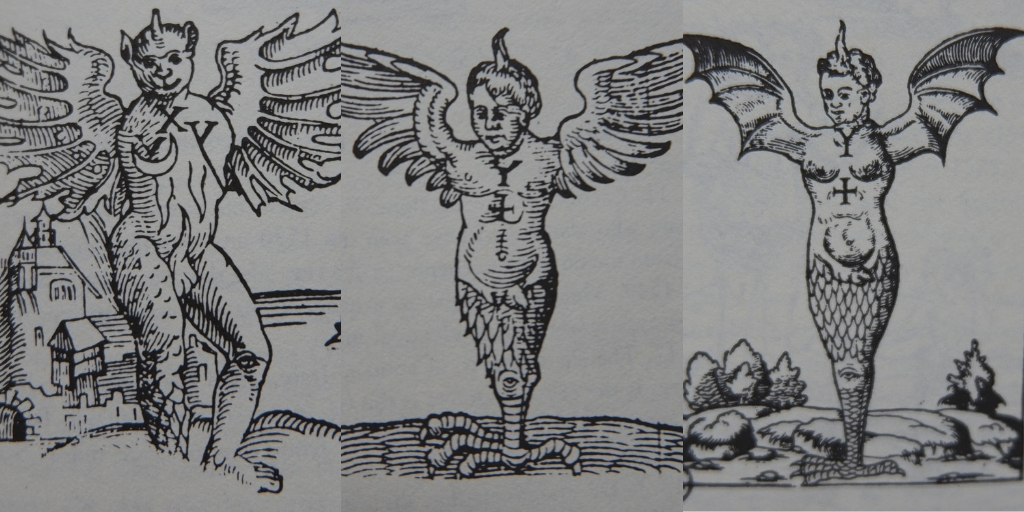 The earliest editions of the book start with the young maid. As soon as she reaches puberty (at fourteen or fifteen) she becomes ‘inclinable to marriage’. Parents are advised ‘not violently to restrain them, but rather to provide for them …. such husbands as may be for their advantage….lest, being crossed in their purposes and delayed, they part with their honour (in) dishonourable ways.’  In other words, they are up for it, but the ‘it’ for which they are ‘up’ is generation, the procreation of children within the bounds of wedlock. The male, it appears, may not be so enthusiastic – ‘the appetite and desire to copulation, which fires the imagination with unusual fancies, or by the sight of a brisk charming beauty, whose wit and liveliness may much incite and more inflame the Courage: but if Nature be enfeebled then are fit Artificial Remedies to restore it.’  There follows an intriguing and comprehensive list of aphrodisiacs. After copulation, the woman must lie on her right side if she wants a boy, on the left if a girl. Next comes an account of the conception and development of the foetus and an interesting section on the time at which the soul is ‘infused’ into the body; this turns out to be around  45 days. There are chapters on the choice of a midwife, on the conduct of the pregnancy and a little on the manipulations of the birth itself, a detailed description of the female genitalia may have helped sales, as may a section, reassuring for both sexes, which states that virginity is not incompatible with an intact hymen.  At last, before the chapter on monstrous births, a word of advice to both sexes on the art of copulation “it is convenient ….to cherish the body with generous Restorative, to charm the Imagination with Musick, to drown all cares with good Wine; that the Mind being elevated to a pith of Joy and Rapture, the sensual Appetite may be more freely encouraged to gratifie it self in the Delights of Nature.”

Some eighteenth century editions are almost a complete rewrite. My 1749 copy starts straight off with a description of the male genitalia and the author is enthusiastic enough to burst into verse:

For such the parts of Generation be;

And they that carefully surveys, will find

Each part is fitted for the Use design’d

The female parts come in for similar treatment, after which:

Thus the womens secrets I have survey’d

And let them see how curiously they’re made:

And that, tho’ they of different sexes be,

Yet on the whole they are the same as we:

For those that have the strictest Searchers been,

Find Women are but men turned Out side in:

And Men, if they but cast their eyes about,

May find they’re Women, with their Inside out.

The book covers much the same ground as the first edition, with the same insistence on copulation within wedlock, but the treatment is altogether more knowing and satirical. It also illustrates the other characteristic of later editions, that of accretion. My copy has acquired a section on physiognomy, followed by “The Family Physician” (take a man’s skull, prepared…). Next comes the “Book of Problems”, a series of questions and answers which has a much longer pedigree than has the Masterpiece itself, and finally “The Experienced Midwife” and “His Last Legacy”.  The Midwife, which occupies 150 pages, is an account of how to conduct a birth, comprehensive enough to explain how to remove the head after it has become detached from the body. It is interesting to find that, when things are really desperate, the she becomes a he, heralding the rise of the man midwife. 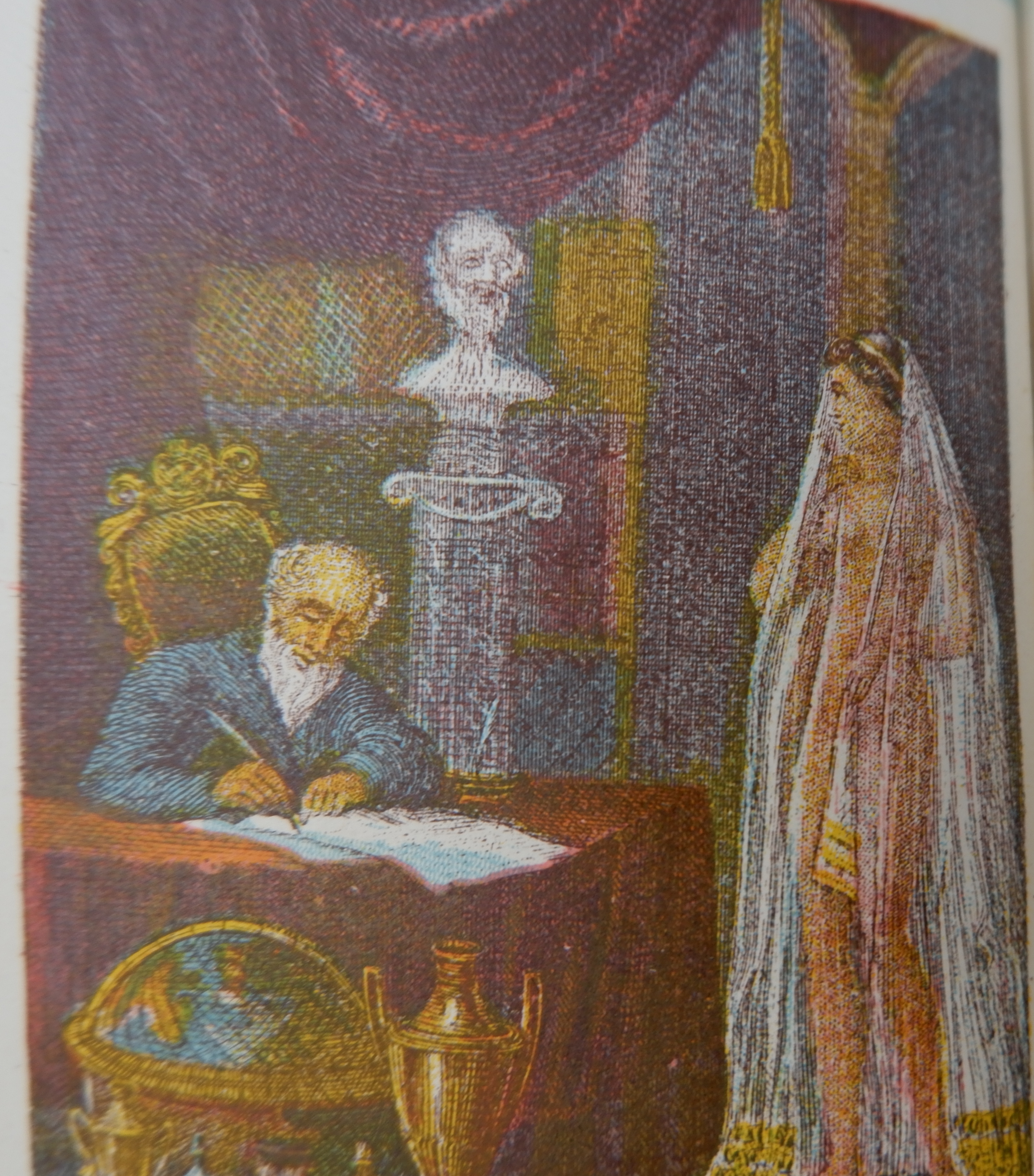 The rather racy tone and the tendency to lapse into doggerel verse persist into the early nineteenth century. The atmosphere then changes; the Masterpiece now starts with the section on conception, marriage and the infusion of the soul, burying the description. of the genitalia deeper in the text. I find it interesting that in none of the editions I have consulted is there the slightest suggestion of contraception, unless it be that among the treatments for stoppage of the periods are mugwort and pennyroyal – both abortifacients. The Library’s own copy was printed by John Smith of Tooly St, London and can possibly be dated to 1879. It contains crude chromolithographs of the development of the foetus, the wording is much more modern, but the medical advice looks back to the Galenical theory of humours. Of the ‘cold distemper of the womb’, one cure is to take galengal, cinnamon. nutmeg, mace, cloves, each two drachms; ginger, cubebs, nedory, cardamom, each an ounce; grains of paradise, long pepper, each half an ounce; beat them and put them ito six quarts of wine for eight days; then add sage, mint, balm, motherwort, of each three handfuls; let them stand eight days more, then pour off the wine, and beat the herbs and the spice, then pour off the wine again and distil them’. At least these ingredients are easier to get hold of than prepared skull! The book contains all the usual accretions, physiognomy, problems etc, but there is an additional and alarming section on venereal diseases.

This little book went blithely on its way, spawning editions, apparently until the 1930s. What appears to be a twentieth century edition (from The London Publishing Company, 223 Upper St Islington) is bound in smooth red cloth and is, I think, the “little red book” which went the rounds of my school dormitory for us smutty little boys to giggle over. No attempt whatsoever has been made to bring the contents up to date. The advice to midwives is unchanged, the only references are to Hippocrates and Galen. The herbal remedies are just as complex and the medical vocabulary just as medieval. The publishers must have known that they were producing manifest nonsense, but still it sold and, to quote W S Gilbert, there’s a grain or so of truth among the chaff.

A L Rowse in “A Cornish Childhood tells us he found a copy under his mother’s mattress; the Masterpiece also finds a mention in “Ulysses”and in “Tristram Shandy”. It has been graced with a generous amount of serious study. Sociologists, feminists and, for want of a better term, sexologists have all mined its content; missing are the bibliographers. Many editions were published in the USA, almost all are undated and a formal sequential and geographical review is long overdue.