Morrab Library’s inaugural poetry competition is sponsored by The Dennis Myner Trust which continues the legacy of member and invaluable contributor to the library’s longevity – Dennis Myner. 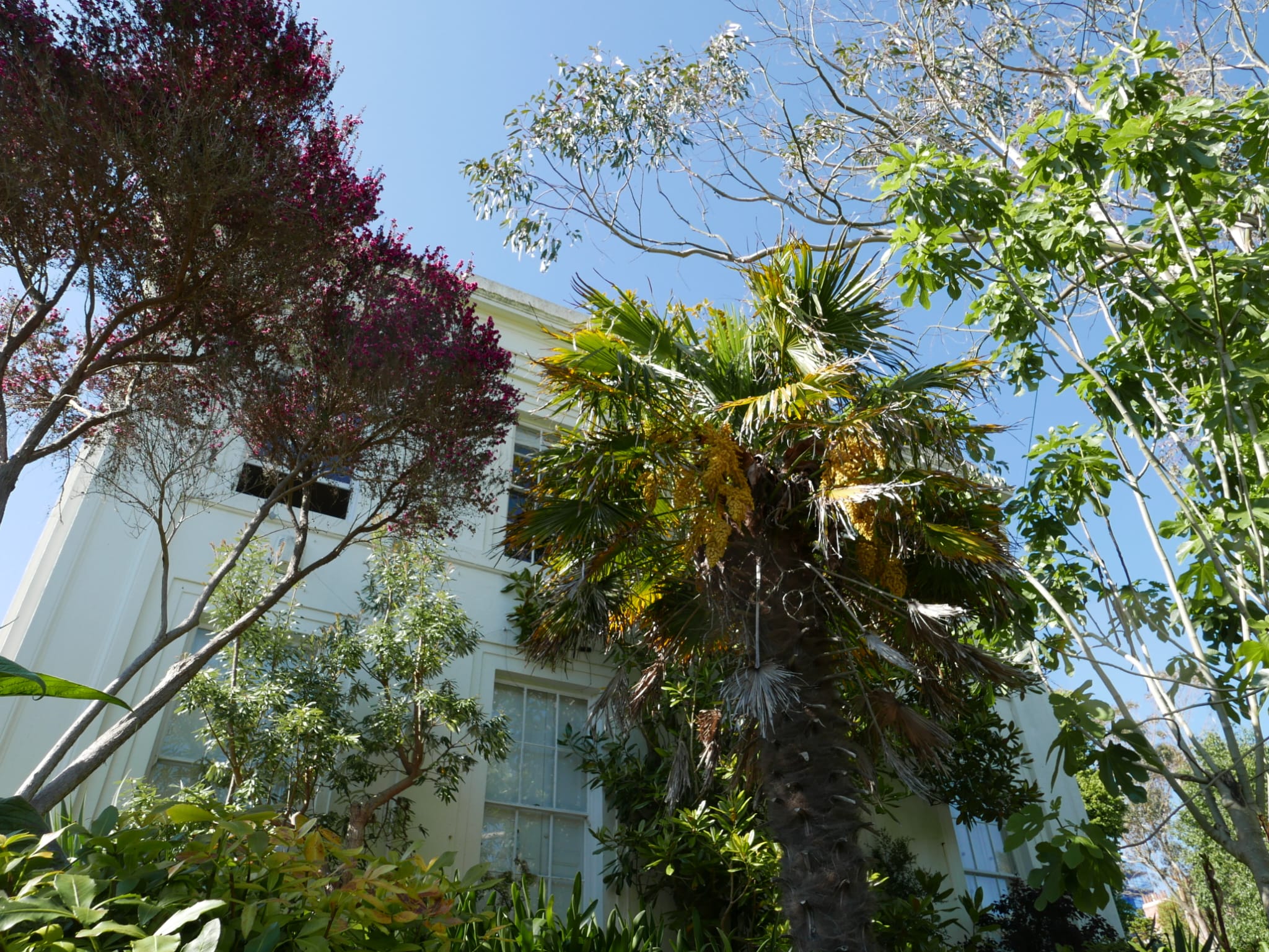 Dennis Myner was born in London in 1927. During WWII, his family moved to St. Albans where he later qualified as an architect. He moved to Penzance for his mother’s health in the late 1950s and in the early 1960s built his own house in St. Ives, where he set up his architectural practice.

Dennis frequented the Morrab Library’s Photo Archive during his retirement where he would purchase photographs to recreate in paint. This fervent hobby was encouraged by his sister, Patricia Eschen, who bought him his first set of oils and brushes when he retired, saying that he would need something to keep him busy! He set himself the goal of painting 300 pictures and had reached an impressive total of 753 just a few months before he died. 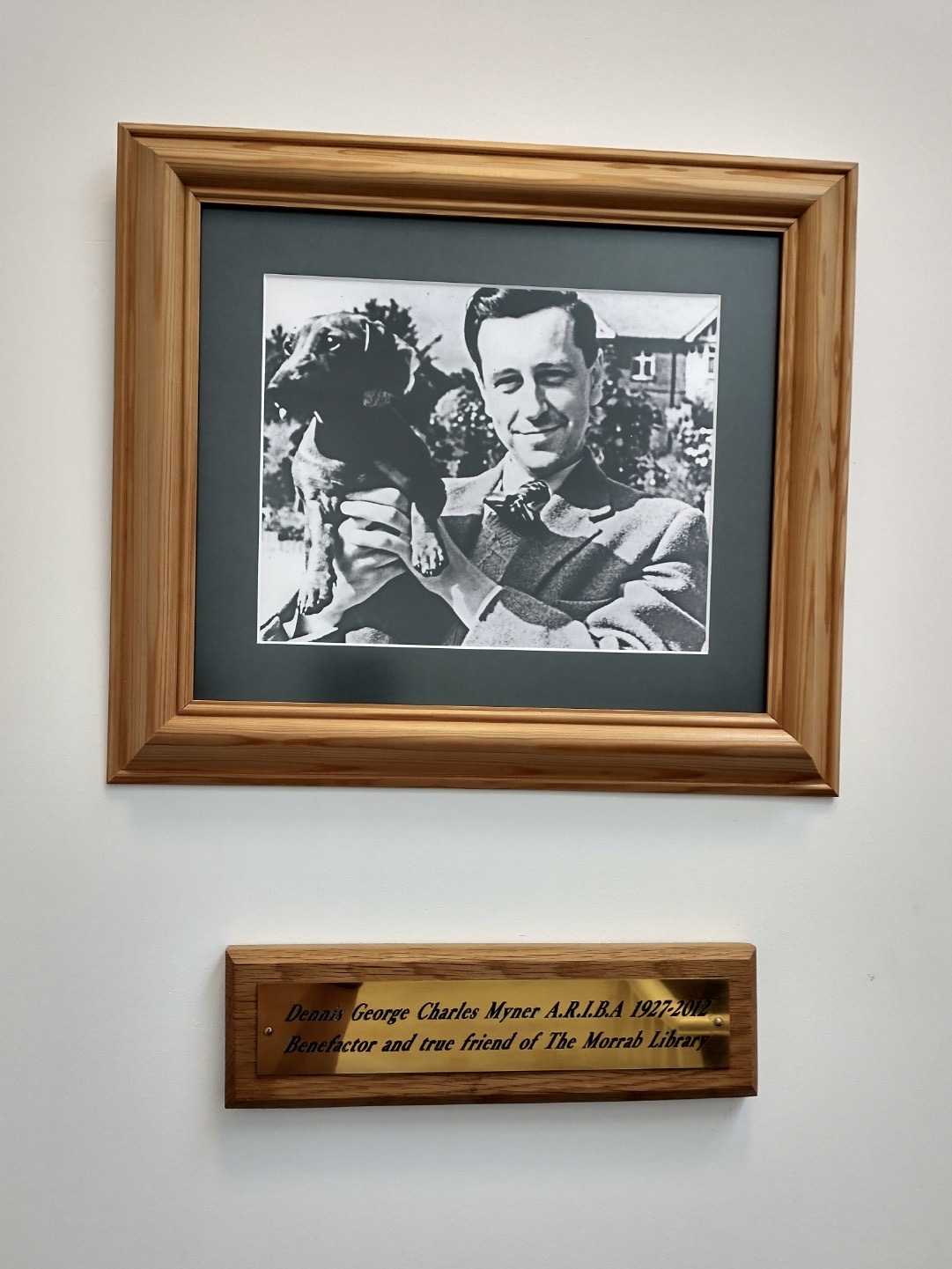 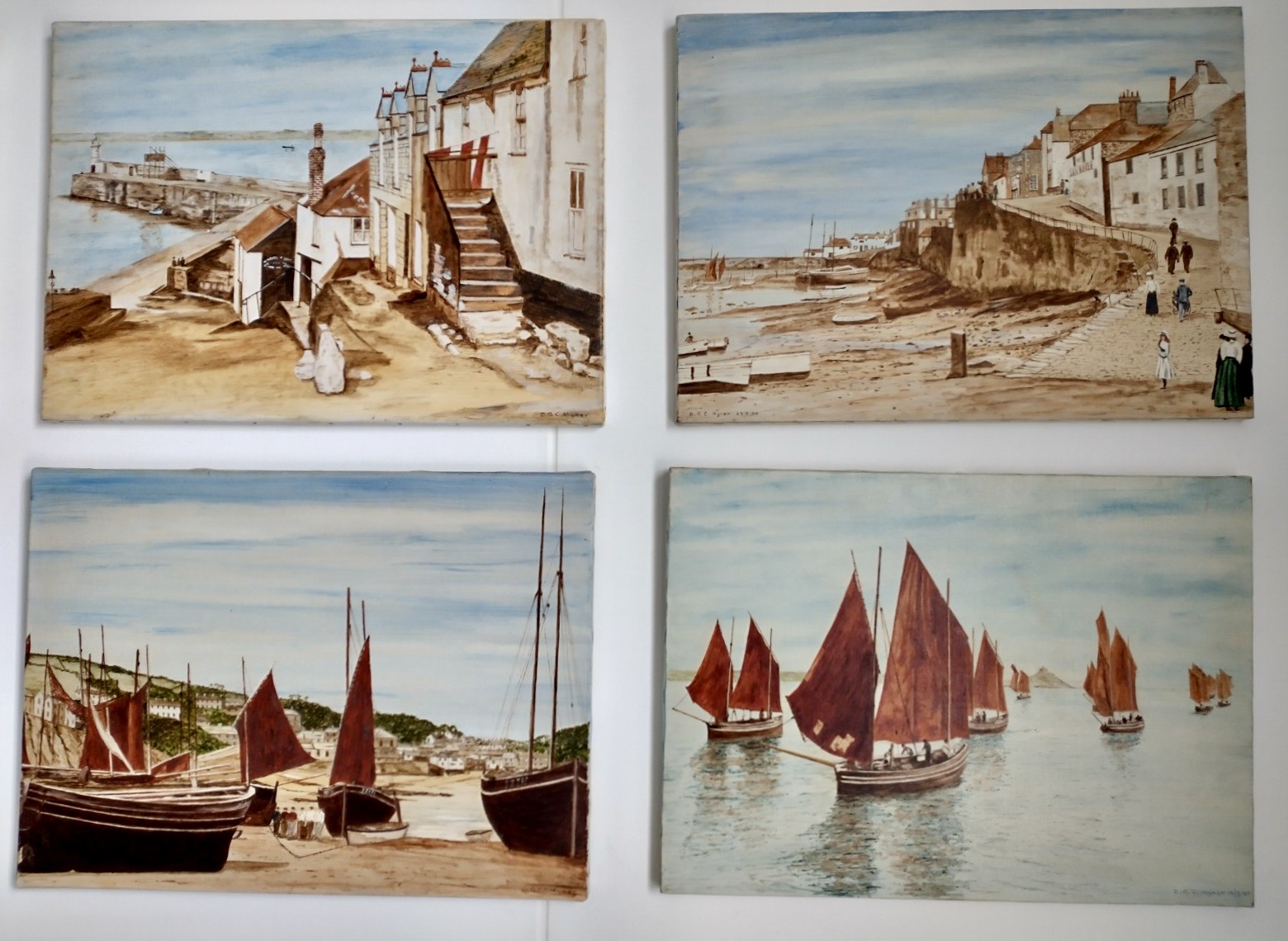 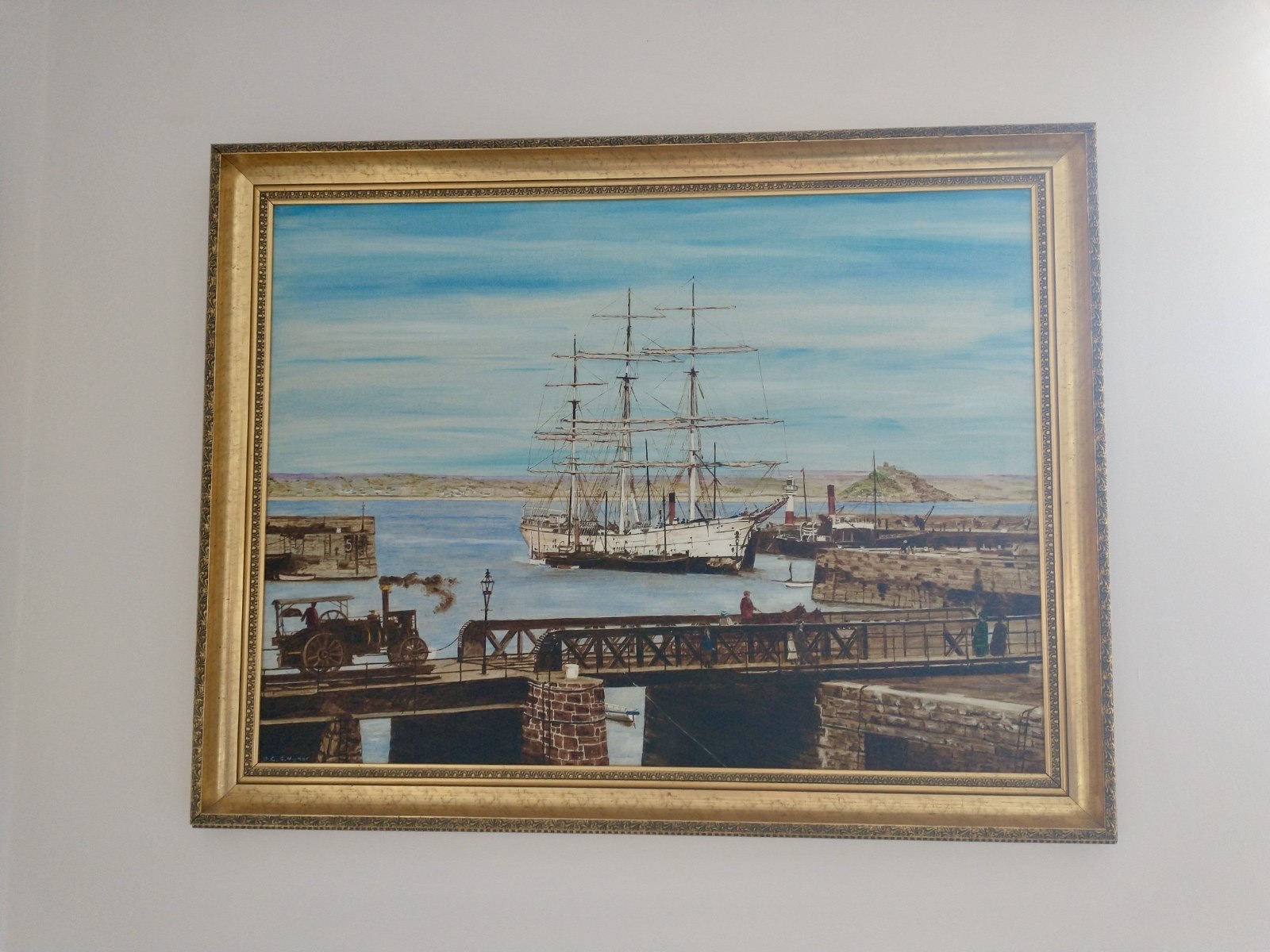 Dennis dedicated the latter part of his life to supporting Morrab Library and it became his life’s ambition to help ensure its future was secure. An incredibly determined man, he devoted fifteen years to obtaining planning permission for a much-needed extension to the Library which was completed in 2013.

When Dennis passed away in 2012 he left hundreds of his paintings to the library, a selection of which are on display in the Photo Archive. Our lovely volunteer, David Sleeman wrote a fascinating blog about the history of one of the scenes that Dennis depicted which you can read here.

Who was Patricia Eschen? 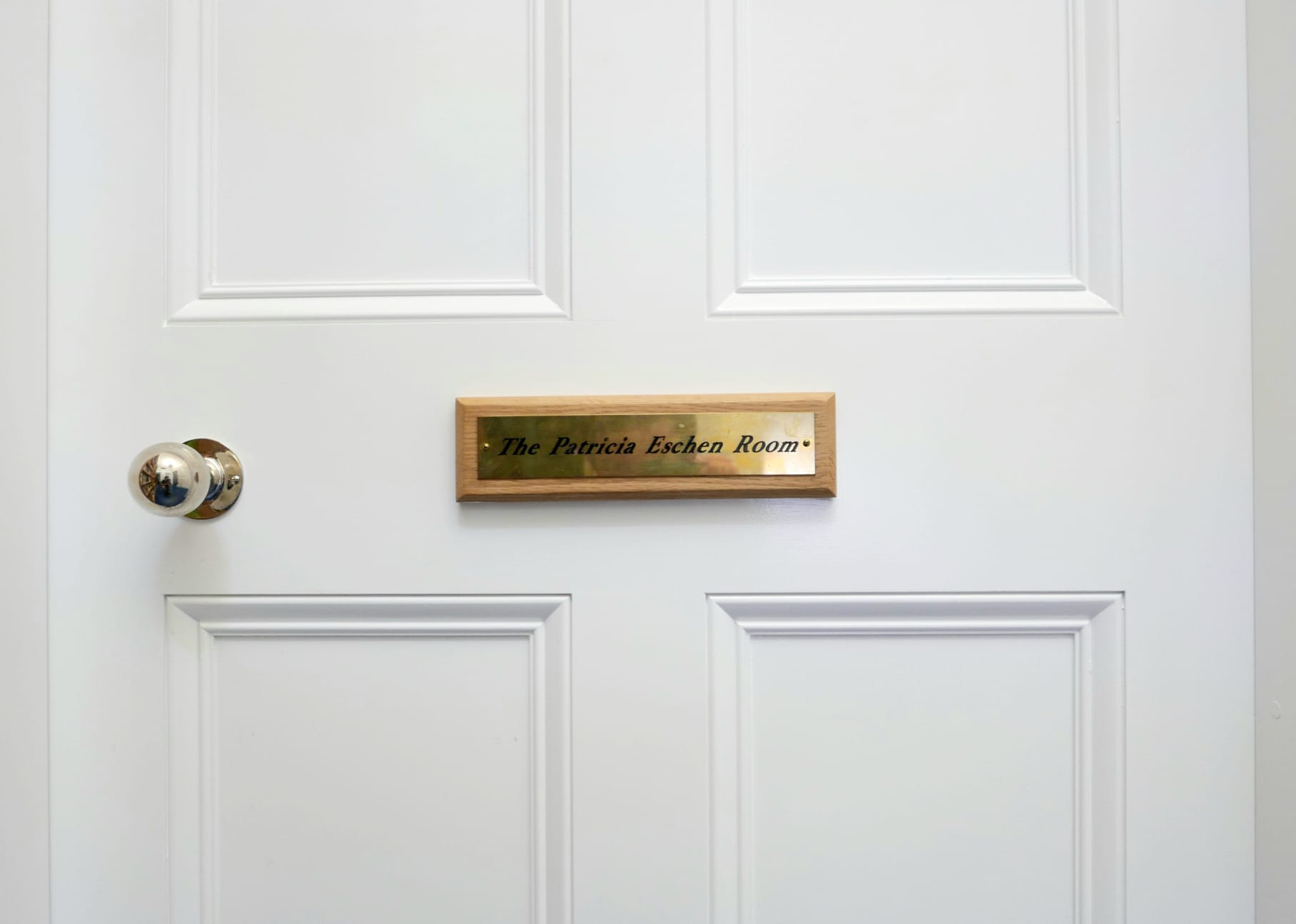 Our new poetry competition at the Library, the Patricia Eschen Prize for Poetry, acknowledges the generous support of Dennis’ beloved older sister and only sibling – Patricia Eschen. Patricia was outgoing and well-travelled and despite living in California for most of her adult life, she would return to Cornwall to visit Dennis regularly.

She loved the Arts and attended the opera, ballet and museums around the world wherever she travelled. The Library’s Art Room is named in her honour, and the prize will continue her patronage of the arts.

Patricia was instrumental in Dennis taking up oil painting. Many of the photographs from her travels were used as subject matter for his artwork, as well as photographs he purchased from the Morrab Library Photo Archive.  Without her encouragement of his painting, Dennis would not have visited the library and hence there would be no Dennis Myner Trust today.

How do The Myner Trust help the Library today? 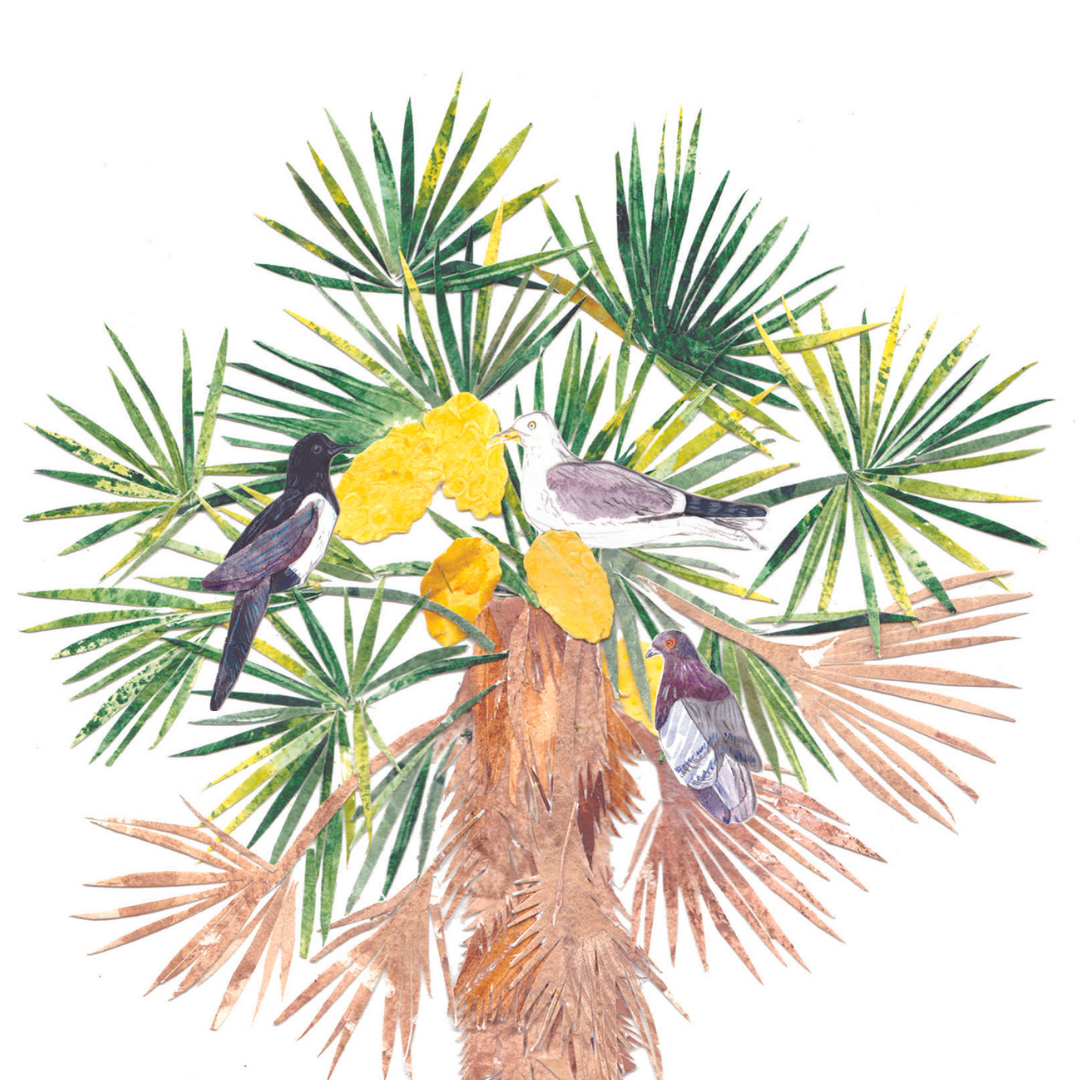 The Dennis Myner Trust helps to support the library through donations which are used to fund projects such as the bespoke conservation-grade photographic storage cabinets, computers, and professional scanning equipment in the Photo Archive, which has proved invaluable in our ongoing digitisation programme.

We are delighted to be able to launch the international poetry competition – ‘Patricia Eschen Prize for Poetry’ – from our very special library here in Penzance.

Our Library members have always shown a fervour for poetry – our earliest archive records reveal that poetry has been purchased for the library since our establishment in 1818. We have a thriving poetry group and a dedicated Poetry Room in the library. We are looking forward to shining  a spotlight on poetry through our new competition this summer at the Morrab and we would not be able to do so without the support of the Dennis Myner Trust. 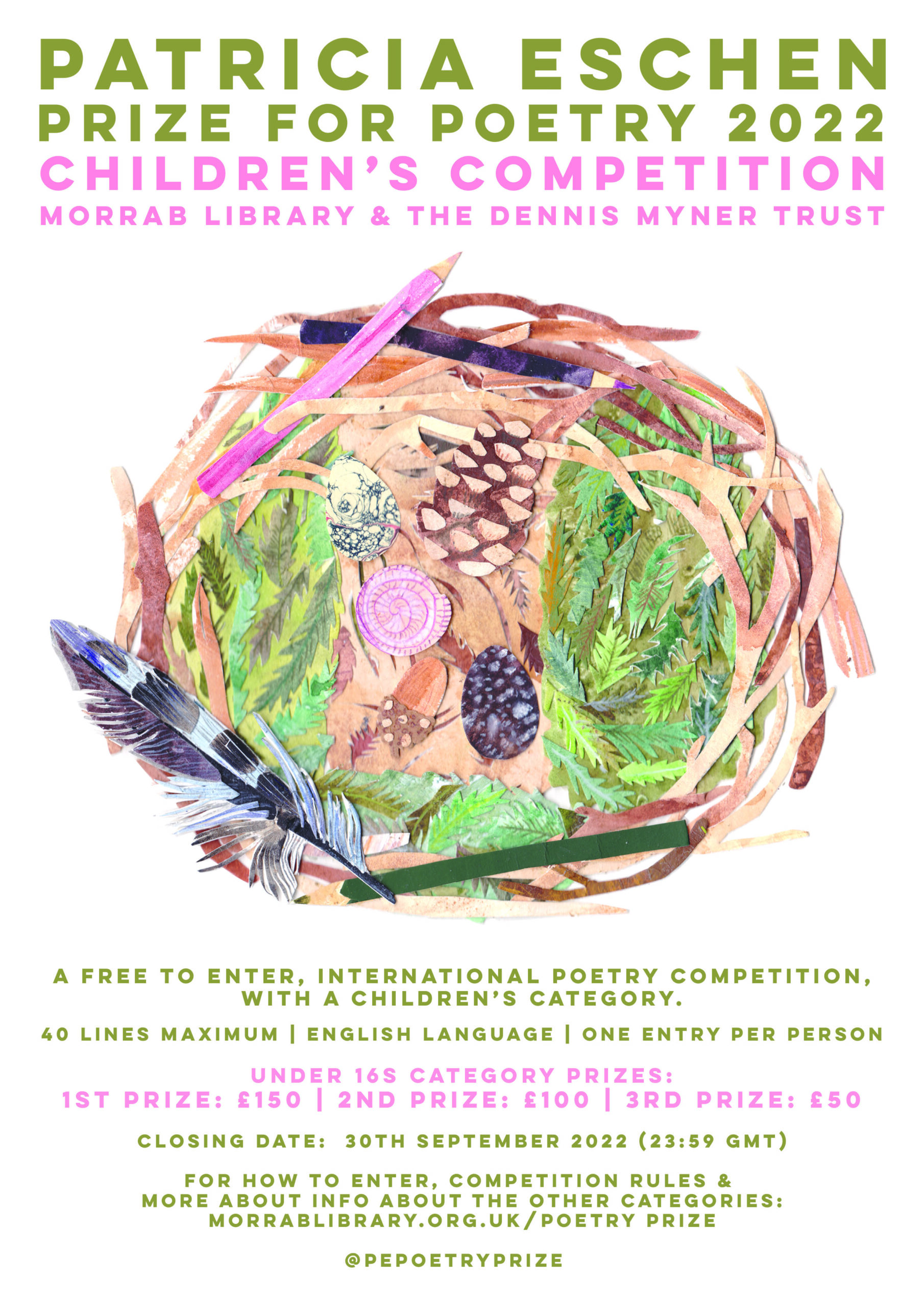 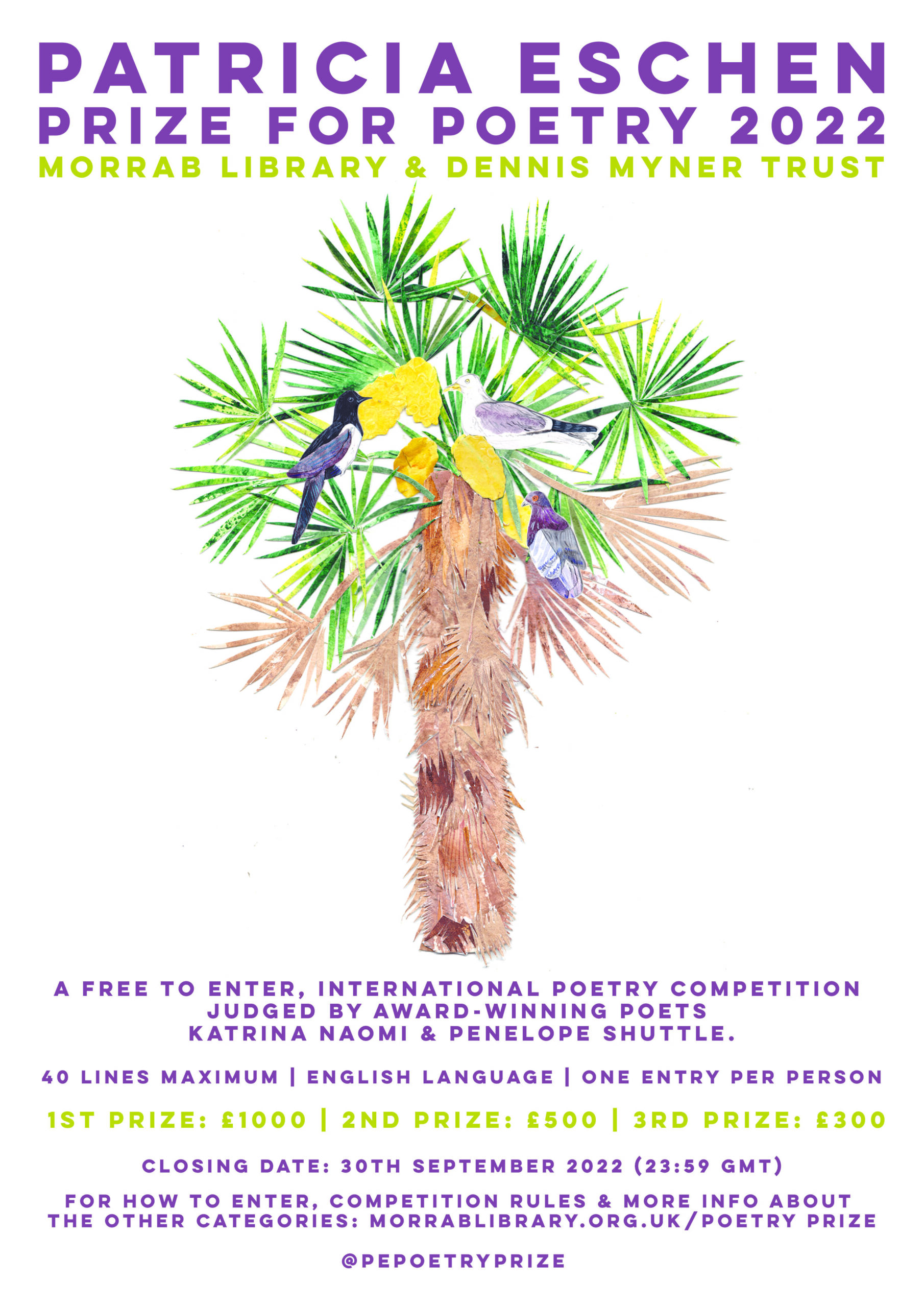 Social prescribing and Morrab Library – can you help?

For any number of reasons, many of us are finding ourselves needing a little support to make that step out into the world – to join new groups, take part in activities, or make new friends. This isn’t only on emotional grounds – it can also be for purely practical reasons. Where might one start? Sometimes, we just need a little bit of help to get us back on track and heading in the right direction to improve our health and wellbeing.

Morrab Library is teaming up with the local NHS Social Prescribing team to offer some help. These are the people who take a holistic approach to people’s health and wellbeing. They connect people to community groups and services for practical and emotional support. Social Prescribers also support existing community groups to be accessible and sustainable, and help people to start new groups, working collaboratively with local partners. 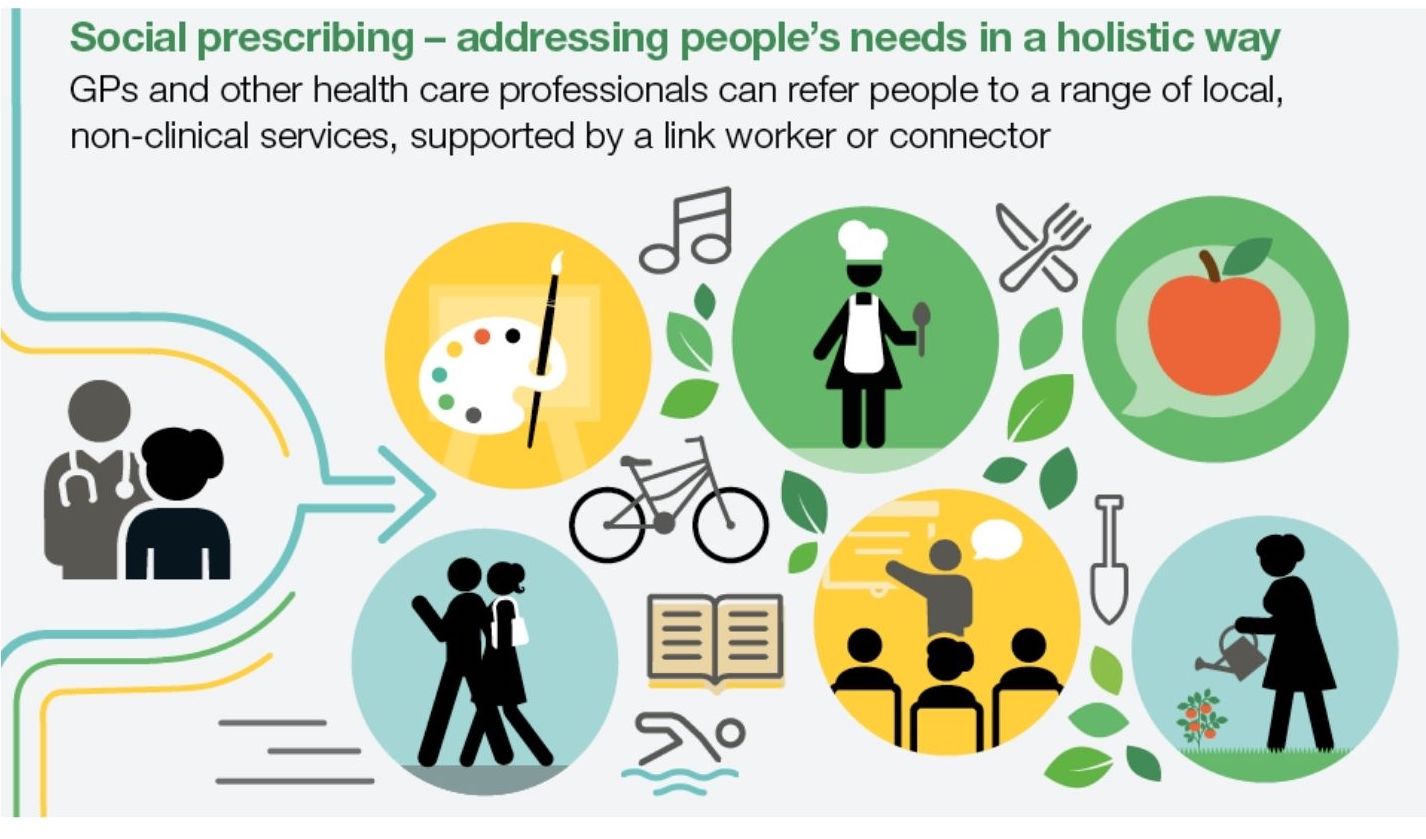 It’s an option for a wide range of people including anyone with long term medical conditions, people needing support with mental health, those feeling lonely or isolated, and those with complex social needs.  You can contact Social Prescribers directly or be referred via a number of local agencies including GPs, pharmacies, social care services, community and social enterprises and job centres.

Morrab Library and the Penwith Social Prescribing team are working together to start a new group (or two!) at the library. The idea is for an informal book group – where people can get together, over tea and biscuits of course, to share an enjoyment of fiction, to find recommendations for your next book, to talk about books and reading and to meet people.

We’d like to target two groups – those struggling to ‘get back out’ and to meet new people, as well as a group specifically for young people.

To make this really work though, we need you to help us make sure we create the best kind of groups possible which maximise the support and help we can offer.

Here is a link a brief survey from the Social Prescribing team which we ask you might consider completing to make sure we get it right. We have a box at the library for you to drop in your replies or you can email this form to enquiries@morrablibrary.org.uk. 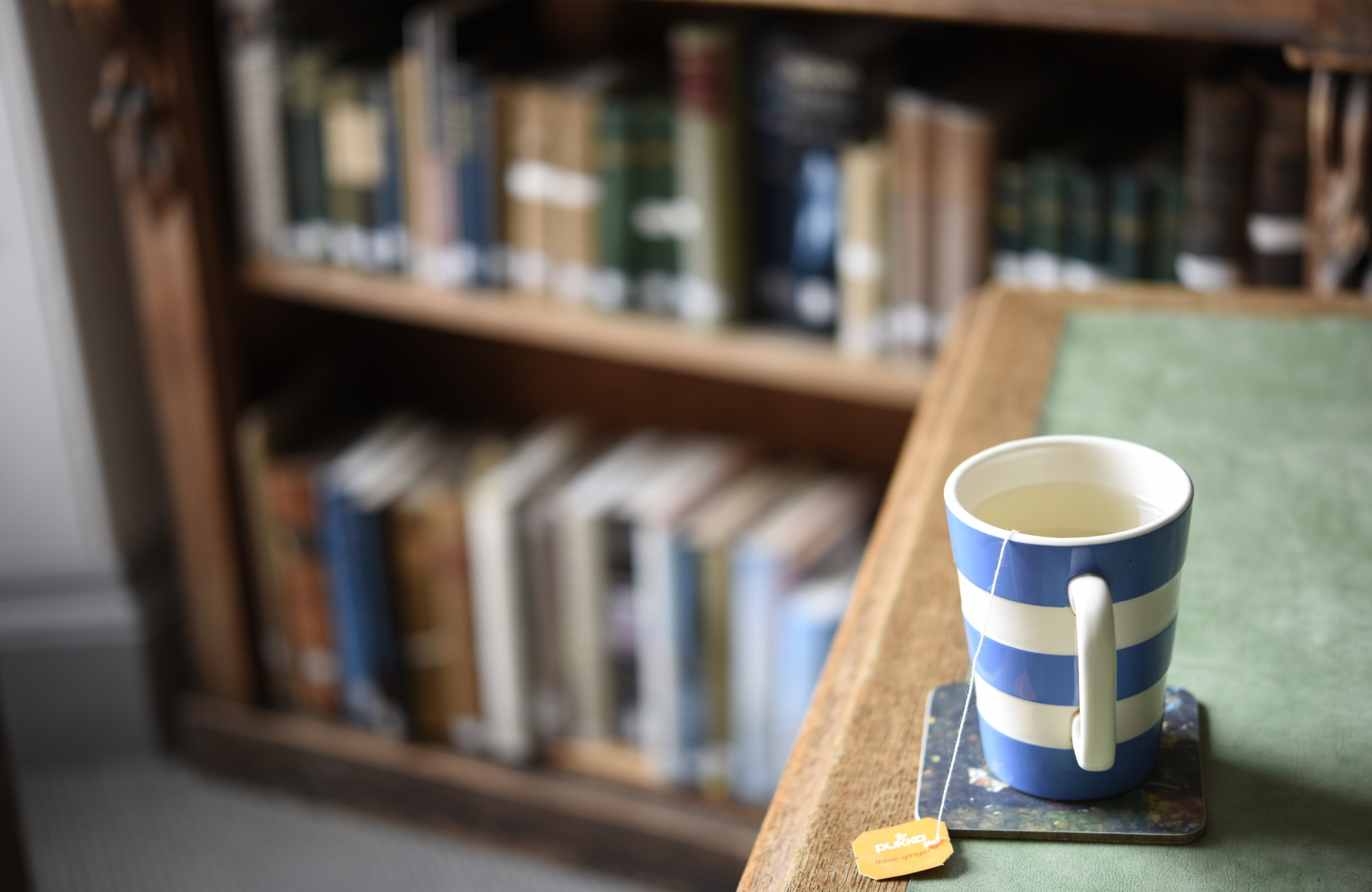 We really enjoy chatting with you when you return your recently read books to the library and wanted to share some of your recommendations with fellow members. We will be sharing your reading suggestions at the end of the each Fortnightly Links email and adding them to this rolling blog.

Your reading tastes are wonderfully eclectic and inspiring so this section will be a chance to tell your fellow members about books you have borrowed (and enjoyed!) from the Morrab Library.

If you’d like join in, please send us a few sentences (up to 100 words) on a recent book you’ve enjoyed to enquiries@morrablibrary.org.uk and we’ll share your tips. 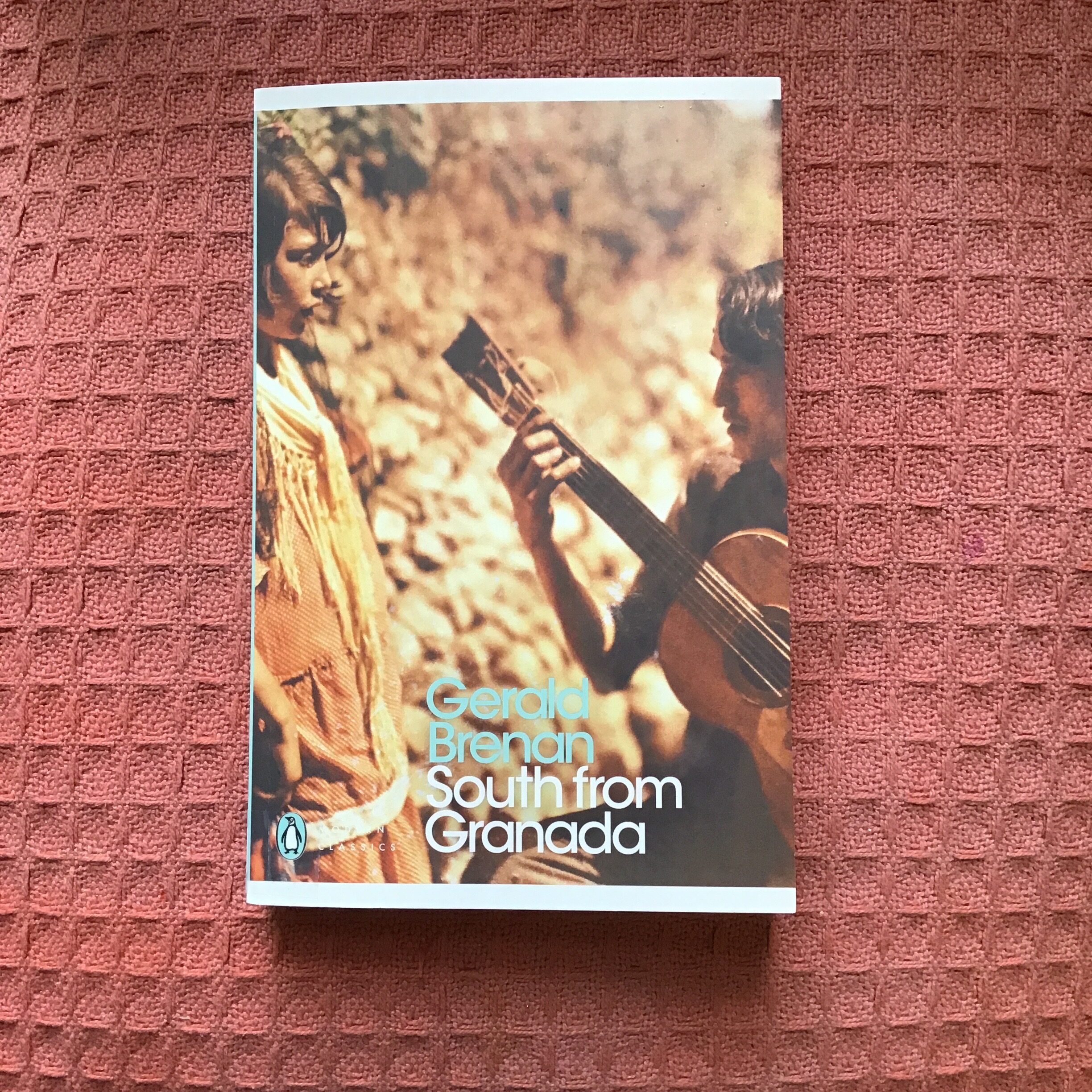 South from Granada by Gerald Brenan – recommended by Harry Carson

“Perhaps the so-called Great War, or its effects, continued far beyond 1918. For those young men not slaughtered, disabled or disfigured and with a yearning need to make sense of the world, travel offered a chance to breath air. The destruction, chlorine and trenches were exchanged, for those with income, for mountains, sunshine and a chance to live in an almost pre-industrial world.

Gerald Brennan did this and left for us a compassionate record of Spanish villages unspoiled by rapid progress; villages peopled by young lovers, old widows, suspect officials and a realisation that nature, even in hot and hostile places can and does provide if we are willing to be patient.

His experiences with and without the villagers showed him not only how a poor arid village in the 30s lived but also, to an extent, how England once, before, shortly before, had also enjoyed , if not Jerusalem, certainly a peaceful and pleasant land.

A wonderful read. Even better the second time.” 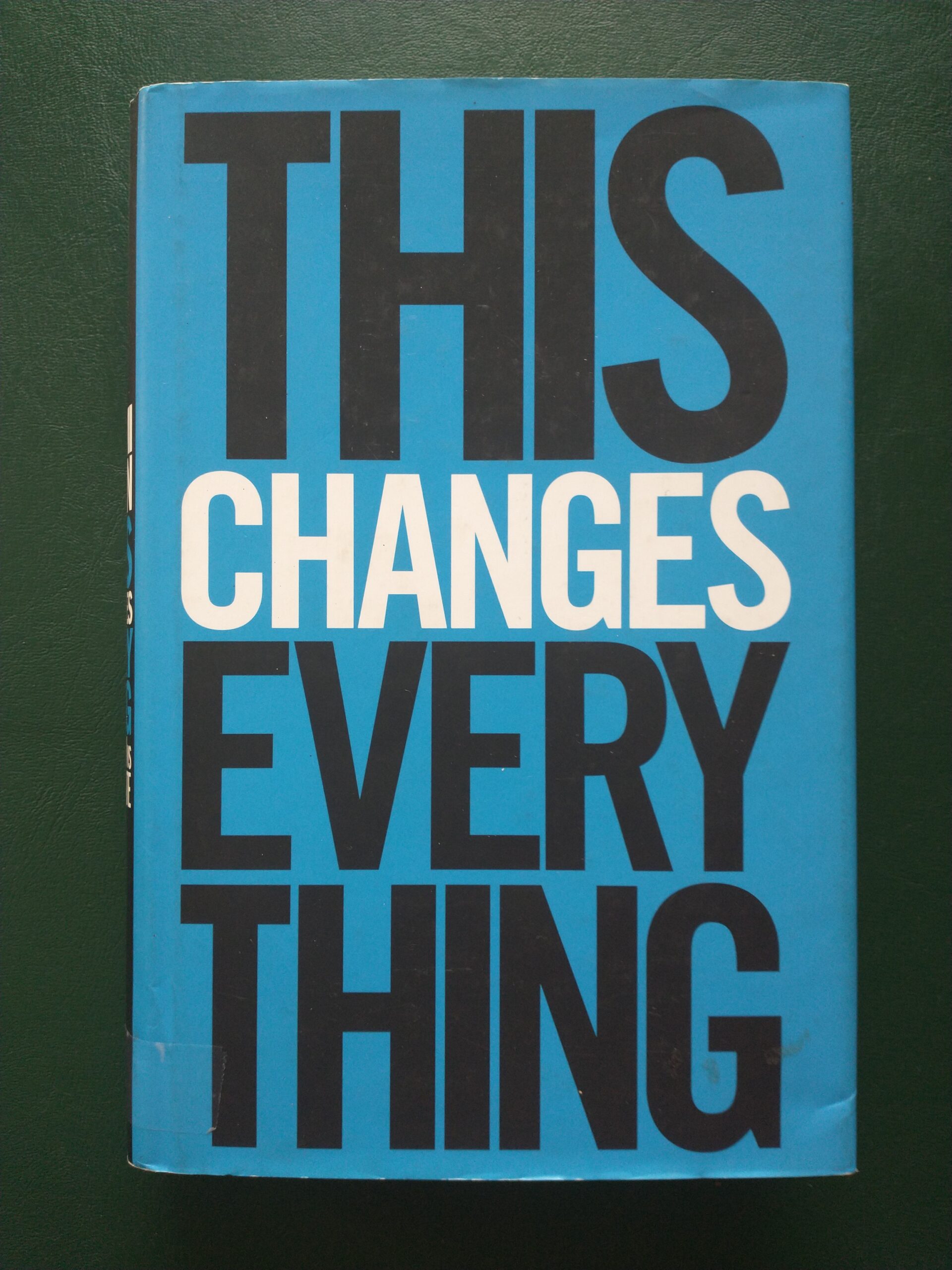 This Changes Everything – Capitalism vs. The Climate by Naomi Klein – recommended by John Trigg

“An in depth exploration of the climate / environment from a left wing viewpoint. Exposes the un-caring world of business and trade, how the earth becomes just a resource to be exploited. Forever dominated. And governments need to be much more involved in controlling this.” 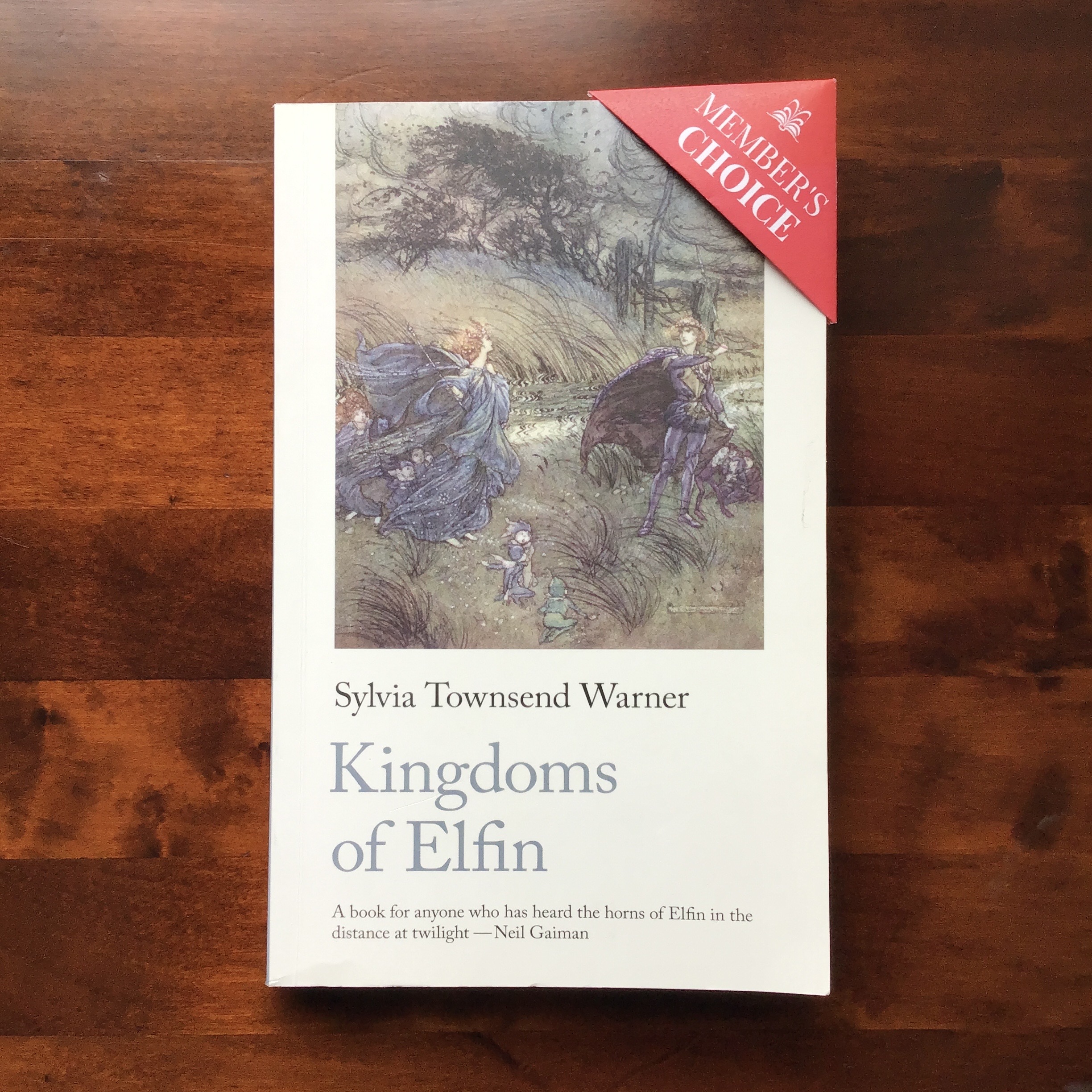 “Sylvia Townsend Warner’s reputation has reemerged recently and this book illustrates one aspect of her imaginative powers. Her novel “Lolly Willowes” has recently been turned into a magical radio play on Radio4. The unconventional daughter of a Harrow schoolmaster, she became  the subject of an acclaimed biography which appeared last year. Anyone interested in fairytale and romantic myth should thoroughly enjoy this volume and may turn also to her fabulous poetry.” 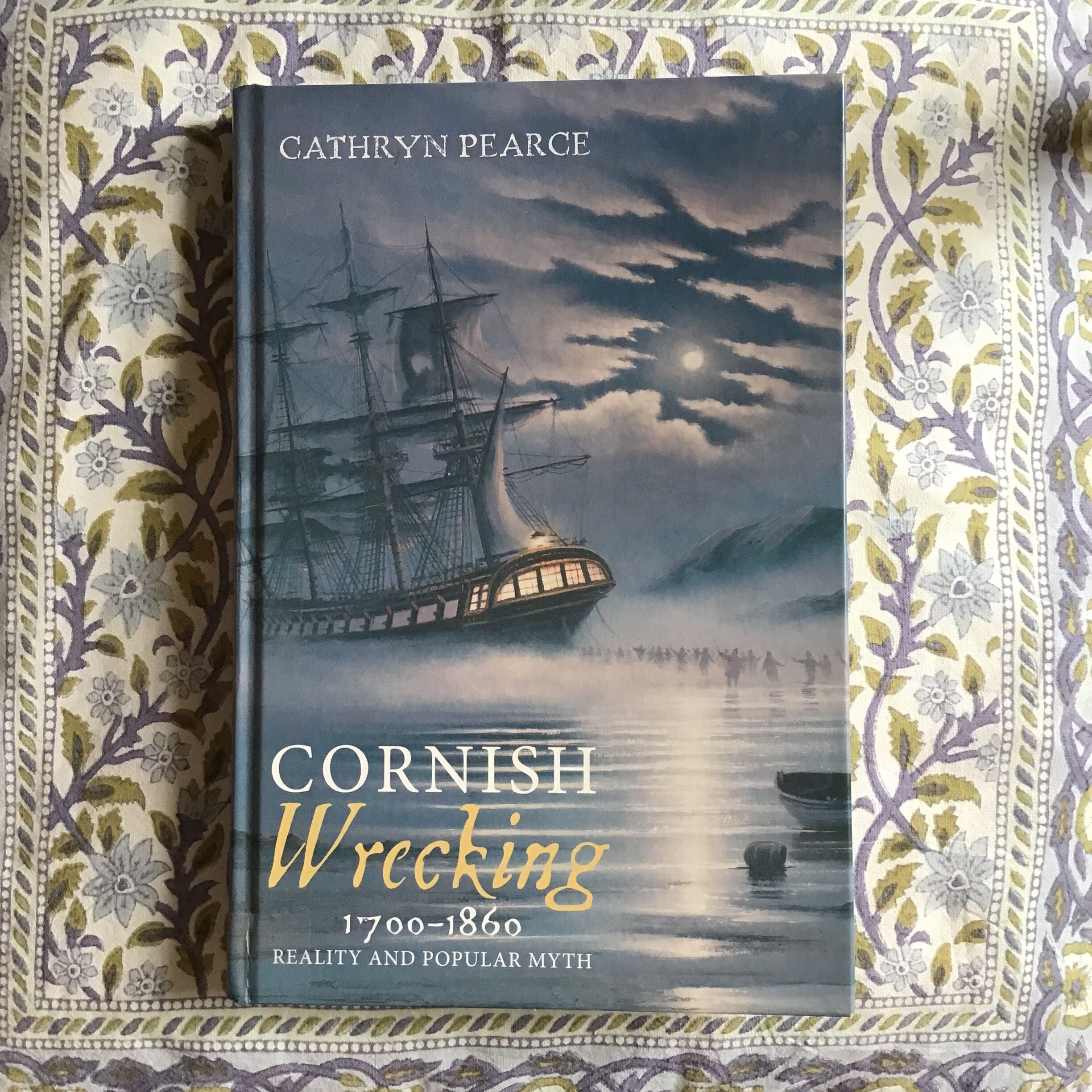 I found this splendid book lurking in the Cornish collection. Published in 2010, it shows little evidence of having been taken out of the library. It deserves a much wider readership, and my guess is that it will soon get it. There is likely to be a surge of interest in the topic as Ethel Smyth’s opera The Wreckers is to be performed as part of Glyndebourne Opera’s summer season and at the Proms, no doubt awakening interest in the more lurid view of wrecking, which Smyth, along with many others, adopted.[i]

Pearce’s book is extremely well researched and is engagingly written. It seeks to disprove the trope of wrecking as the murderous luring of boats to doom by misleading use of lights, pointing out that on the one hand, so-called wrecking consisted of several acts – harvesting (beachcombing), plunder, collection of flotsam, jetsam and lagan (items cast off to save the ship) – most of which were legal over the period she covers, and on the other hand, that the portrayal of evil wreckers was part of fears in the period about the potential ‘wrecking’ of society by the lower classes. In fact, wrecking was not confined to Cornwall and most cases took place elsewhere, notably along the counties of the South coast. She identifies the changes in attitude to these different acts by society and the state (Methodism, the Customs and Excise Office) and traces the history of the laws and practices relating to them.

Retrieval of goods from wrecks formed part of manorial rights and in Cornwall ‘royalties’ from them were due to the lords of the manor – the Arundels, Bassetts, Godolphins, St Aubyns, Duchy of Cornwall – and sometimes to the Church. Wreck agents were appointed by them to deal with the collection and sale of the goods from wrecks and the reward of the ‘country folk’ and tinners who gathered them, as well as the disposal of the bodies of those who had drowned. This system continued for centuries, only involving the state in the form of Customs officers when wines, tobacco and tea etc. were involved. When lands were sold, the rights to the royalties from wrecks on them were not part of the deal, leading to considerable complexity about their ownership and disputes that were sometimes settled in courts. The story of how the system evolved over the years is fascinating and Pearce tells it clearly, rigorously citing sources from lawsuits to newspaper reports. Over time, though, these rights came to be challenged by the state; laws and social attitudes changed and, moreover, there were fewer wrecks as ships were better built and navigation devices (such as light houses) improved.

Overall, the book offers insight into both Cornish customs and history, revealing how misunderstanding of wrecking and the vilification of the rural poor came to dominate the topic. It is as much a social history as well as one of maritime law, the subject in which Cathryn Pearce is specialised. Mainly, though, it is a jolly good yarn about aspects of life in Cornwall that many of us know little of.