The English Country House & The Novel 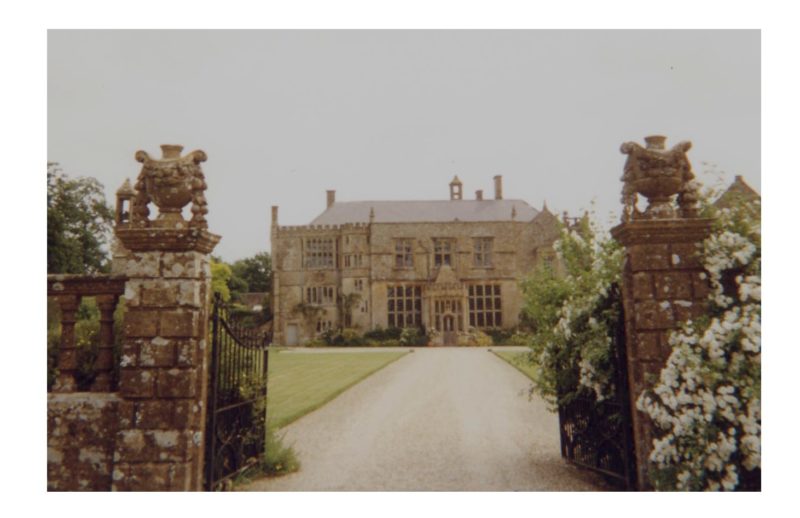 A sunny morning. In Morrab Library I sat in my leather chair, book in lap, gazing out of the Georgian window over the gardens and out to sea. The library was quiet and peaceful. The book on my lap, taken from the shelves in the Cornish Room, was Daphne de Maurier’s Rebecca.

Manderley, the house of all our dreams, a country house of the kind familiar to us all through the medium of the novel. The link is astonishing. From its earliest inception as a literary genre, the novel has looked to the english country house for background and setting.

When Richardson considered using imaginative story-telling as a vehicle for his views and opinions he placed his heroine, Pamela, in the country house, a pretty servant faced with moral dangers therein. So successful was he that Smollett and Fielding rapidly followed in his footsteps. The country house proved a perfect background to exploit, for tales of high romance and derring-do, of Gothic mysteries and horror. Jane Austen, writing a while later, used the country house as a more conventional setting, with its beautiful parklands, grand rooms well-furnished and well-appointed, of the kind so highly admired by Henry James. With it came a way of life that over generations had evolved into a strong social class system, the English gentleman exhibiting an etiquette of manners, at times civilised in the extreme, exclusive and insular. Save for the imaginative incursions of the novelist.

So great was the attraction of the country house to literature that it moves frequently from background to foreground. In Pride and Prejudice Darcy might well have remained a bachelor  were it not for Pemberley and its effect upon Elizabeth. Similarly, in Northanger Abbey Catherine is quite led astray by the house, almost as much as General Tilney was by rumours of her wealth.

The country house is used to a more passionate and vibrant effect by the Brontes – Wuthering Heights, brooding over the moors, Jane Eyre with its mad woman in the attic. Even Charles Dickens succumbed to its use, in Great Expectations skilfully creating in the mind’s eye the dark and deserted rooms leading ever inward to Miss Havisham’s wedding feast.

But with industrialisation breaking up the patterns of rural life, universal education and democracy, the tenor of novels shifted to the more social and political. Disraeli’s Sybil, George Eliot’s Felix Holt, the Radical, Trollope, concentrating on domestic dramas played out in the country house, closely followed by Galsworthy’s Forsyte Saga. All still using the country house and its social context to centre their narratives on.

As the twentieth century progressed, writers of a different mettle appeared, some, self-proclaimed self-conscious intellectuals like those of the Bloomsbury Group, products themselves of the country house epitomised in novels like Mrs Dalloway, Howard’s End and Brideshead Revisited. These gave way in turn to the novelist writing for a newer kind of reader, exploring a wider range of experience. Though still the country house maintained its allure as in D.H. Lawrence’s Lady Chatterley’s Lover. Crime writers found it a great setting and jumping-off platform, as evidenced in Agatha Christie’s works, and Conan Doyle. This has persisted to the present day.

Its romance endures, in the charm of Georgette Heyer’s Regency works, in for example Catherine Cookson and Jilly Cooper’s writings, right through to contemporary fiction. And who can forget the superbly written “Remains of the Day” by Ishiguru?

The country house may no longer by the symbol of power, wealth and privilege it once was. Yet it lives on, in our novels, in our imaginations, and on the shelves of our own country house, Morrab Library.