“I Saw Red” by James Lee:  Transforming the Story of the Minotaur into a 21st Century Novel

The latest novel by Morrab Library member, James Lee, was published earlier this month.  I Saw Red is a retelling of the story of The Minotaur set in modern-day Spain. In this blogpost, James explains what inspired him to write this book, and reflects on why the wisdom within Greek myths is still as relevant today as it was thousands of years ago.

Do you know the story of The Minotaur?  The one about the monstrous creature who is conceived out of Queen Pasiphae’s lust for a beautiful white bull?  And about how King Minos locks The Minotaur in a labyrinth? And then, with the help of his girlfriend, the Greek hero, Theseus, bravely confronts this terrifying creature, before disappearing off on another adventure (typical!), leaving Ariadne to while away the years with Dionysus instead?

The plot is so simple that most of us are taught it as children, but, like so many Greek myths, the story of The Minotaur is saturated in deeper meanings.

For example, the idea that a woman’s desires can lead to the conception of a monster says so much about men’s fear of female sexuality. And all of us know what it feels like to be imprisoned in a physical or psychological ‘labyrinth’. Also, if he really is such a hero then why does Theseus leave without Ariadne? Is the path of the hero/heroine ultimately a solitary one?  And, after going through all that trauma, why would Ariadne hook up with a crazy-wisdom god like Dionysus?  Madness!

Once you start to scratch beneath the surface, it becomes apparent that the insights and wisdom in this myth are as relevant today as they were three millennia ago.

But why did I set most of this novel in Madrid?  Partly because I lived there during the noughties, so I have strong memories of that time. Also, because of everything that it has witnessed over the years (the Spanish Inquisition, the rise and fall of the Spanish Empire, the Napoleonic invasion, the civil war, the post-Franco burst of creativity etc), Madrid is a highly charged and slightly haunting place. Of course, the bull has an iconic status within Spanish society, so setting a retelling of the story of The Minotaur in Spain makes sense for this reason too.

I hope that you enjoy reading I Saw Red as much as I enjoyed writing it.  Digital and paperback versions are now available on Kindle + Amazon.

And if you would like to keep up to date with my thoughts and work as a writer, then feel free to follow my Facebook page @jamesleeauthor 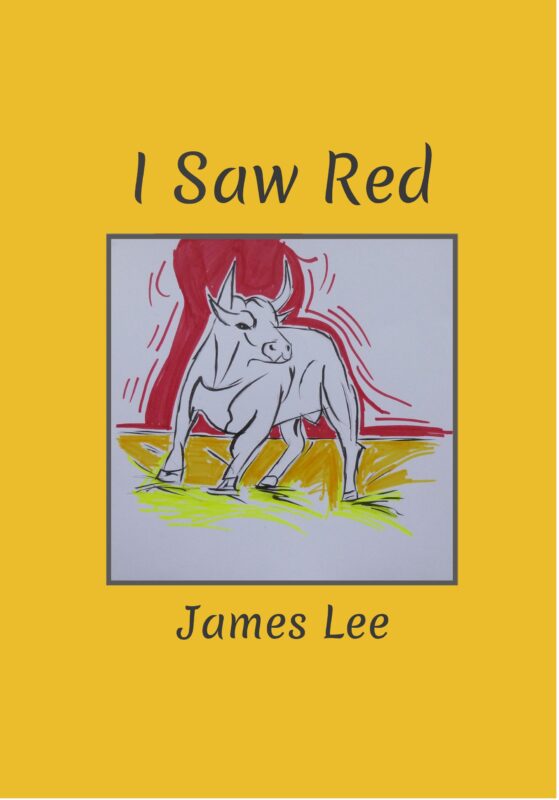