All about…Fairest Creatures by Karen Taylor – a new thriller

Here’s a new blog from another of our incredibly talented library members, Karen Taylor, who has just published her latest novel – a thriller!

Penzance is the inspiration for my new thriller Fairest Creatures. And the Morrab Library is where I researched, wrote, and edited so much of it. 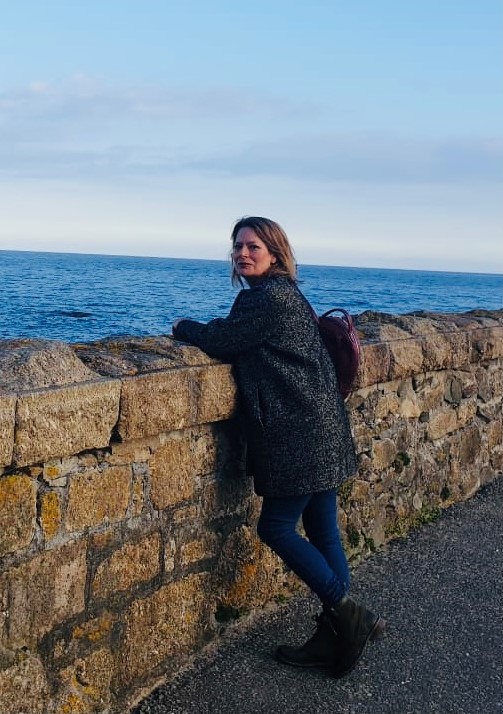 One of the things I learnt on the Creative Writing MA course I went on at the University of East Anglia was how place can be a character. I hope that this comes through in my writing. So many of my ideas were formed on early morning jogs by the sea – and later turned into prose and plot as I hit the keys in my Penzance apartment or in the Literature Room at The Morrab. The library gets a key scene in Dark Arts, the Crime Fiction book I wrote at UEA as my dissertation. But there are so many other places that Cornish readers will recognise in Fairest Creatures – from the Jubilee Pool café, Turks Head and Admiral Benbow to the small, terraced houses lining Bread Street and the panoramic Gurnard’s Head promontory.

Another key inspiration is the art world, so much a part of Cornwall. Although Fairest Creatures is about a serial killer — this is no ordinary predator. He’s someone more interested in wielding a paint brush than a knife. His obsession with the preservation of beauty is his driving force.

I would say that writing the book was one of the easiest parts. It’s a cliché, but once you get into a story and its characters the book almost writes itself. And I had the time. I came up the with the idea in February 2020 on a stormy night in Penzance. I sent the first pages off to the Crime Writers’ Association Debut Dagger competition and, within months, I had been longlisted for the prize, just after the shutters came down on life as we knew it. The first Lockdown. Keys and captivity feature in the book; being locked in my house made writing one of
my only escapes. But all things pass. Restrictions eased, my book found a publisher and I found the perfect local artist to illustrate my cover. 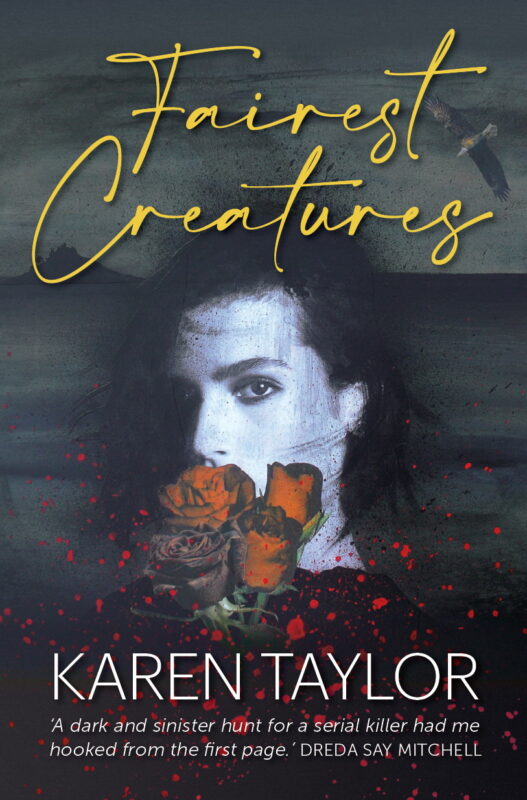 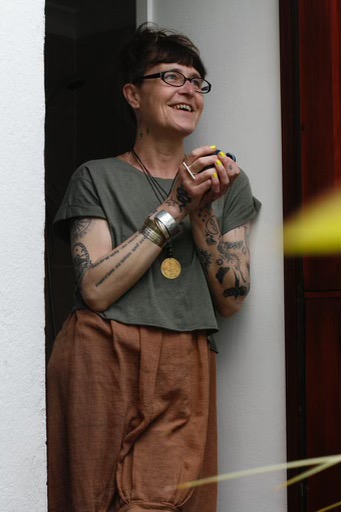 I knew that the right cover was crucial. My publisher and I had gone through 100s of stock photographs, and we couldn’t agree on any. And then in June this year I went to the Penzance Studios exhibition and discovered Janine Wing. Or, rather, one of her striking portraits caught my eye. The intensity of the look and the mystical style was perfect for a book about art and unknown and sinister forces. Janine agreed to create a new portrait reflecting the book’s central themes.

I have written for a living since my early twenties, as a journalist and editor. But Fairest Creatures realises a lifetime ambition to be a published author. It seemed only right that I would launch the book in Penzance and at the best Library in the whole world.

Fairest Creatures is available to borrow at the library and to buy at independent and major book sellers.