APPLICATIONS FOR THIS ROLE ARE NOW CLOSED

Morrab Library is in need of a new Library Assistant.

Applications are invited from versatile and imaginative individuals, for a three day (18 hours) per week Library Assistant role. Whilst working days will generally be fixed, flexibility on occasion may be required.

You will find links to the job description and person specification below, or alternatively from the Librarian on request.

A letter of application, a curriculum vitae and the names and contact details of two referees are required.

Morrab Library has welcomed a new intern in the last few weeks. Eliza McCarthy is an English Literature student at the Penryn campus of Exeter University, who have funded Eliza’s project through their Access to Internships programme. Halfway through her time with us, we wanted to share how Eliza’s research is progressing, and her thoughts on the library so far…. 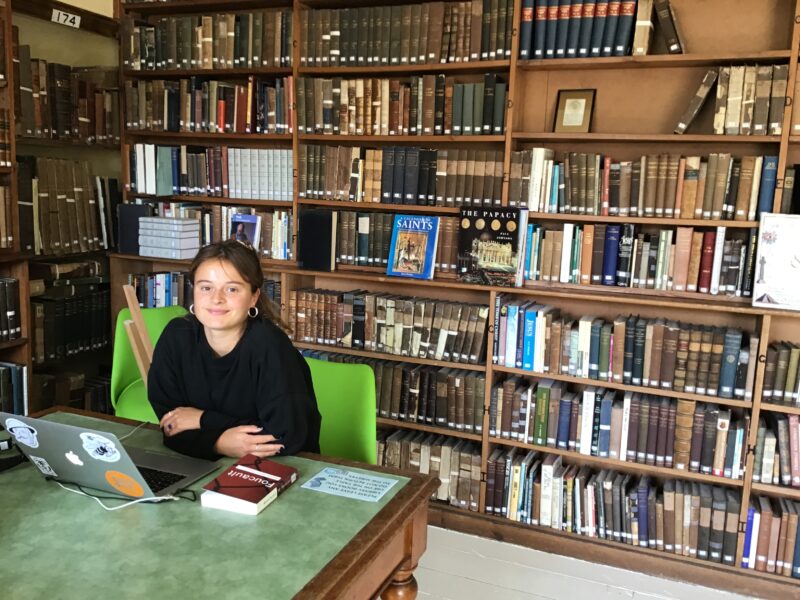 Over the course of the last month, I have been working with the extensive archive at Morrab Library on John Thomas Blight. The prolific artist and archaeologist is a familiar face around the library (his portrait hangs on the wall just outside the loo) and it has been a great pleasure to work so closely with a collection so integral to the rich history of Morrab Library.

The archive contains incredible diaries from his time at St Lawrence’s asylum in Bodmin, letters to friends and contemporaries, intricate line drawings and pages of rough sketches of sites across Cornwall. Looking through the archive, it is jarring to see such obvious evidence of Blight’s gradual downfall. His earlier sketchbooks contain countless rough sketches of familiar sights throughout West Penwith, drawings of local wildlife which are exquisitely detailed (my favourite being a small seagull, captioned ‘Little Bustard’. Clearly they’ve always been a nuisance). The later diary entries from Blight’s time at St Lawrence’s are just as detailed despite the fact his world suddenly became much smaller, with meticulous portraits of the faces of those confined alongside him, the interior landscape of the hospital, a rug, the bedframe, the heel of his newly darned sock…

It is very evident from Blight’s work, his profound, but sometimes entirely nonsensical musings crammed into tight corners of small notebooks (there must have been a paper shortage) that he so desperately wanted to leave an impression behind him, to be remembered like some of his more privileged contemporaries. Ironically, he was silenced and forgotten about within his own lifetime, swallowed by the social stigma that surrounded his poor mental health. 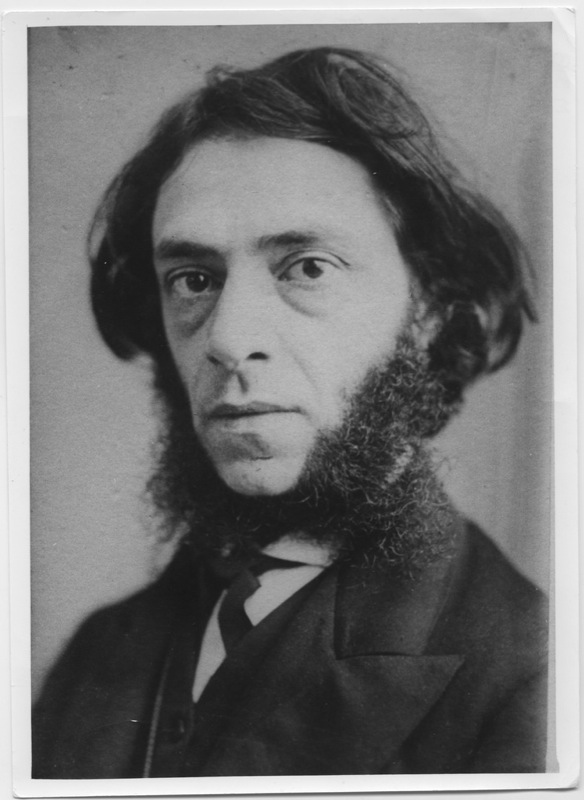 Of course, Blight’s somewhat sad story is well known by many of the library community. However, the goal of this project is to inject a little life into the archive, culminating in a research project that will explore some lesser known areas of the Blight story which perhaps deserve more academic attention than they initially received. I want to delve a little deeper into Blight’s time at St Lawrence’s Hospital, using his story as an anchor to Morrab Library whilst exploring the wider topic of the treatment of the ‘mad’ in the 19th Century, and what it meant on a social level to be deemed insane.

A huge thank you goes to Morrab Library for letting me come in and (gently) rifle through this incredible collection of work, and to Lisa for supplying me with chocolate and various other delightful confections whilst I do it.

A small step towards the future for Morrab Library 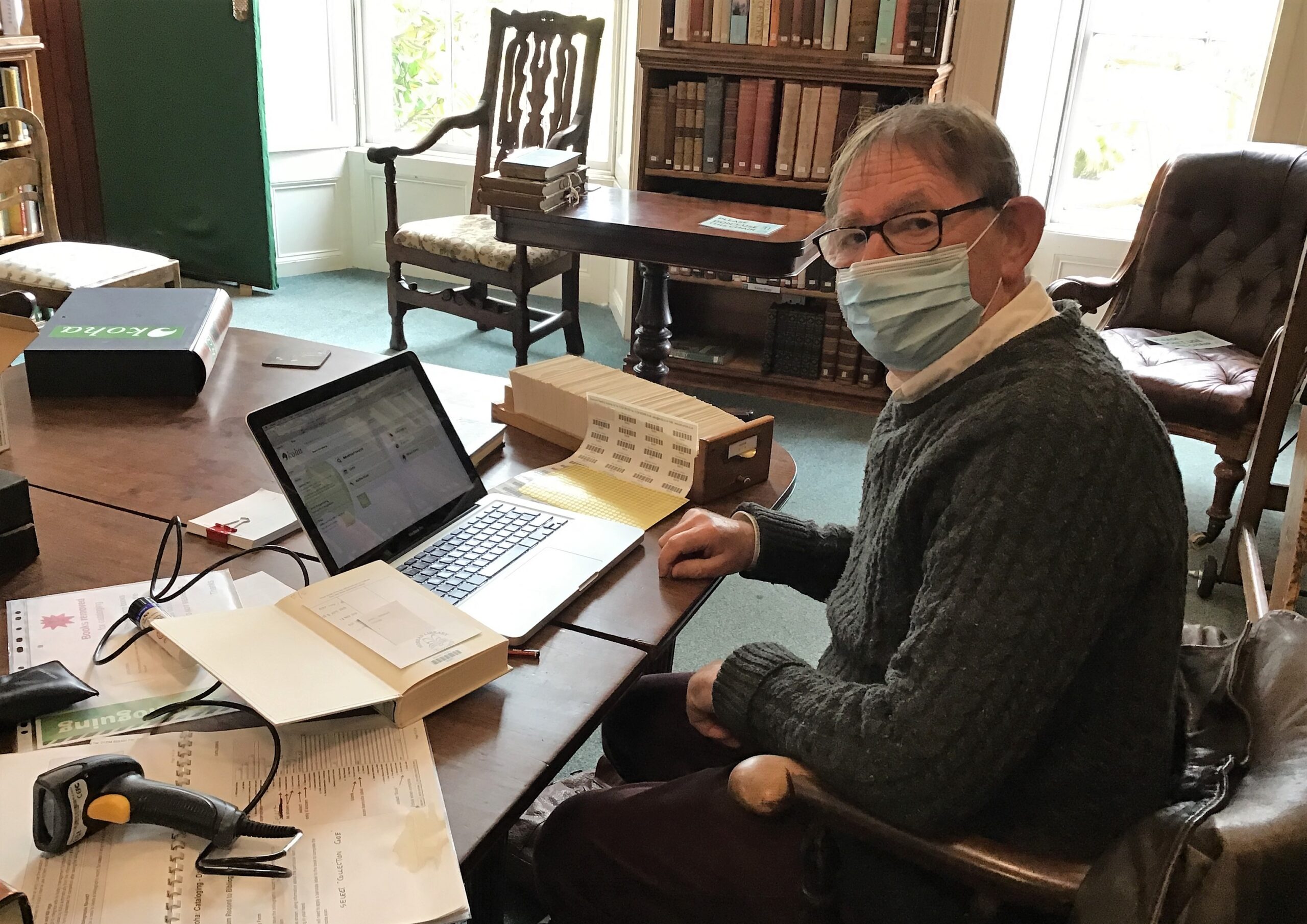 We thought you’d like to know about a rather significant milestone in the history of Morrab Library. Friday the 14th May saw us catalogue our first library book into KOHA, our new online library system.

Member, volunteer and former Chair Peter Chapman had the honour of barcoding the first of our many thousands of books, and adding the record to our catalogue – it was Annabelle Abbs’ Frieda, by the way!

This is a small but important step in our aim to improve access to our collections. By making our books searchable online, you will all be able to truly discover the extent, and the magic, of our collections, even the ones on the high shelves!

You’ll have to be patient though – we have a lot of books, so it will be quite a number of years before we have completed the retrospective project, but we do feel it’s worth the effort involved! There won’t be any changes to the way you search for or borrow books just now, but we will provide regular updates on progress.

The project is currently in its pilot phase (starting with the fiction collection), with Peter and our Honorary Librarian, Harry Spry-Leverton, testing things for us, but soon we will be looking to recruit some more volunteers to help with the cataloguing, so we’ll put the call out when we’re ready.

A big thank you to Sue Garwood, our Assistant Librarian, who used the lockdown periods very productively coming to terms with KOHA, and to Dr Vivian Cothey, member and cataloguing expert, for his brilliant advice and guidance.