What you can find in the Morrab…

If you go through the green baize door into the Reading Room at the Morrab Library, you will see in front of you a shelf with the title  “What you can find in the Morrab” The selection of books displayed will change approximately every month. It is intended to demonstrate the wide range of material that the Library holds.

This month’s theme is “BOOKS WRITTEN IN JAIL” 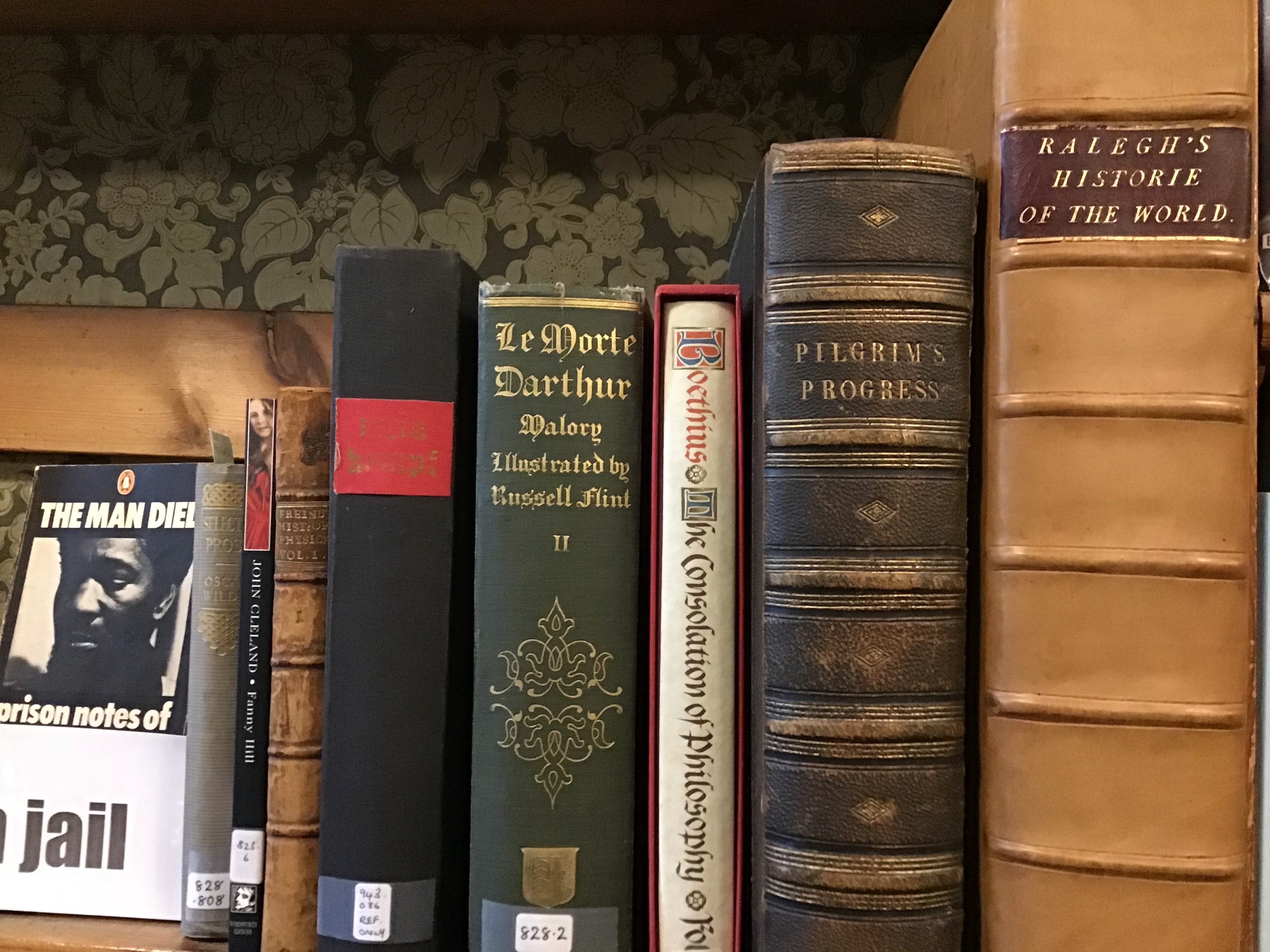 Sir Walter Raleigh “History of the World”  According to ‘’1066 and All That” Raleigh was executed because he was left over from the previous reign. In fact he disapproved of the incoming monarch, James 1; the feeling was mutual and Raleigh spent thirteen years in the Tower, which gave him plenty of time to write. He was released to do a bit of piracy on behalf of the crown, but his trip to Venezuela was no more forthcoming that it might be today, so in 1618 he was decapitated.

Sir John Friend “History of Physick”  Friend was a distinguished and scientifically reputable London physician. He made the mistake of going into Parliament (as  MP for Launceston). He was suspected of having Jacobite tendencies and spent six months in prison, where he started the first of a scholarly two volume history of medicine. The second volume came out after his release in 1726 and is surprisingly difficult to find.

John Cleland 1709-1789 “Fanny Hill – Memoirs of a Woman of Pleasure” Cleland, like Friend a Wickhamist (but, unlike Friend, expelled) led a varied and undistinguished career until he ended up in the Fleet debtors’ prison. Here he wrote Fanny Hill, a novel of such explicit pornography that even in the eighteenth century it was immediately suppressed. He was hauled up before the Privy Council where Lord Glanville found in it some literary merit and awarded him a pension of £100. It remained suppressed, but widely circulated, until 1970. In these more enlightened times it has been reissued with illustrations, as a Wordsworth Classic; no respectable library should hold a copy.

John Bunyan 1628-1688 The Pilgrim’s Progress   Bunyan was the son of a tinker, but attended a grammar school at least for long enough to learn to read and write. A devout Anglican, he made a deep study of the Bible, absorbing on the way the rhythms and cadences of the King James’ version. He was on the Parliamentary side in the civil war, where he was exposed to the passionately held and widely differing ideas  of how to live the Christian life. He gradually espoused Calvinist doctrine and became a Baptist preacher. It was his refusal to conduct services in the prescribed format that led to a decade long imprisonment and to Paradise Lost. Packed with incident and mildly satirical it needs no praise from me. 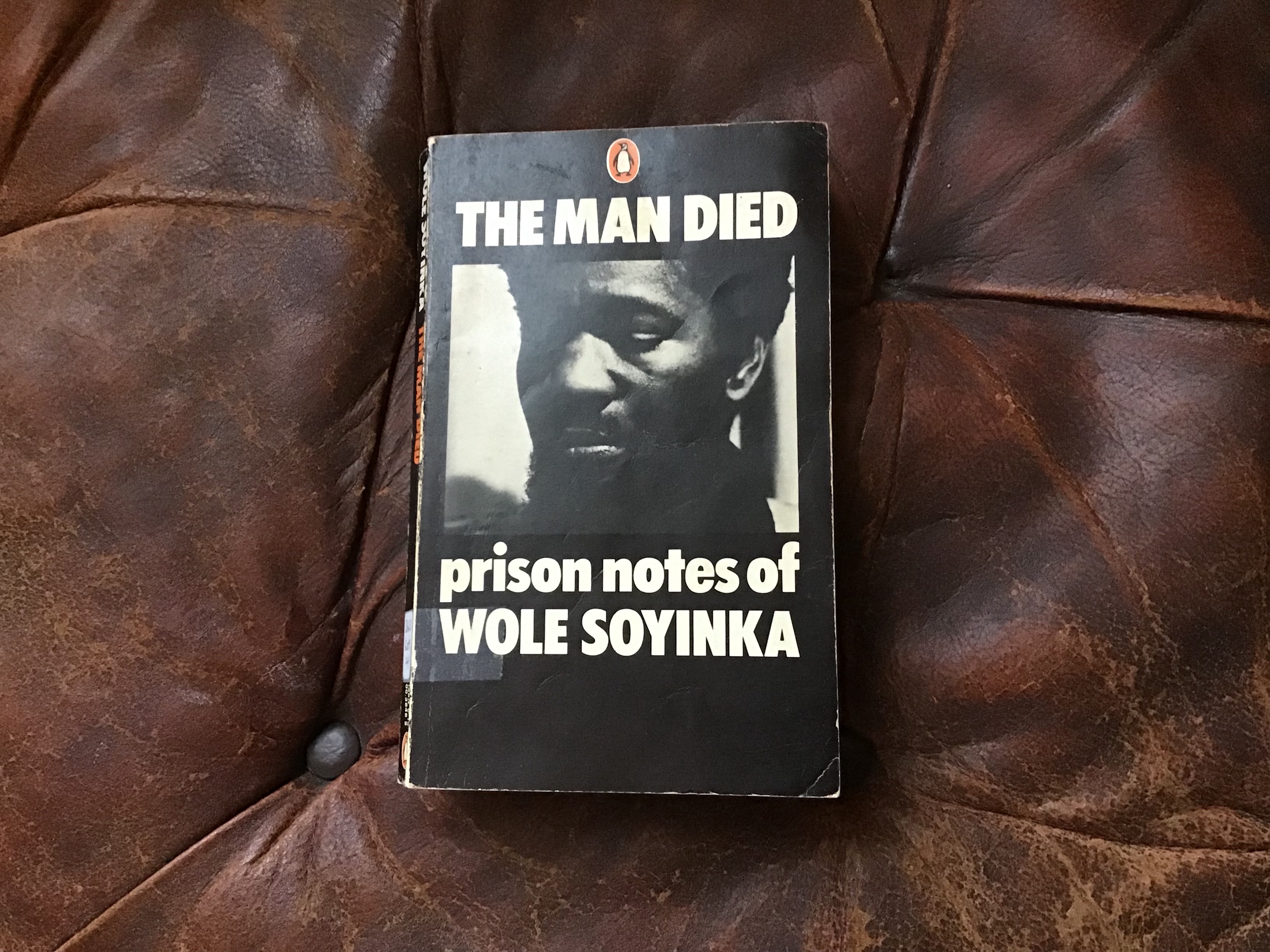 “The Man Died. The Prison Notes of Wole Soyinka.” Set at the time of the hideous Nigeria/Biafra/Oil war , this is one of the hardest hitting accounts of life under a despotic regime that one can read. Soyinka was a poet, author and playwright who became Africa’s first Nobel Laureate.

Adolf Hitler “Mein Kampf” In the mid twentieth century everyone knew about Mein Kampf but very few had read it. It is an extremely boring account of the rise of the Nazi party, written whilst Hitler was in jail for his political activities after the first world war. It degenerates into a long and frenzied diatribe against the Jews. This edition was produced in parts by the Red Cross in order to remind us what we were fighting against. The illustrations are enlightening.

Sir Thomas Malory (1416-1470) “Le Morte d’Artur” He was not a good boy. By the time he was 35 he had committed attempted murder, rape (twice) and had sacked an abbey. This earned him his first jail sentence; after his release he committed the even greater crime of switching from Yorkist to Lancastrian. This earned him two more years in jail, during which time he completed the work. It was published by Caxton, but he may never have seen a copy as he died five months after release. 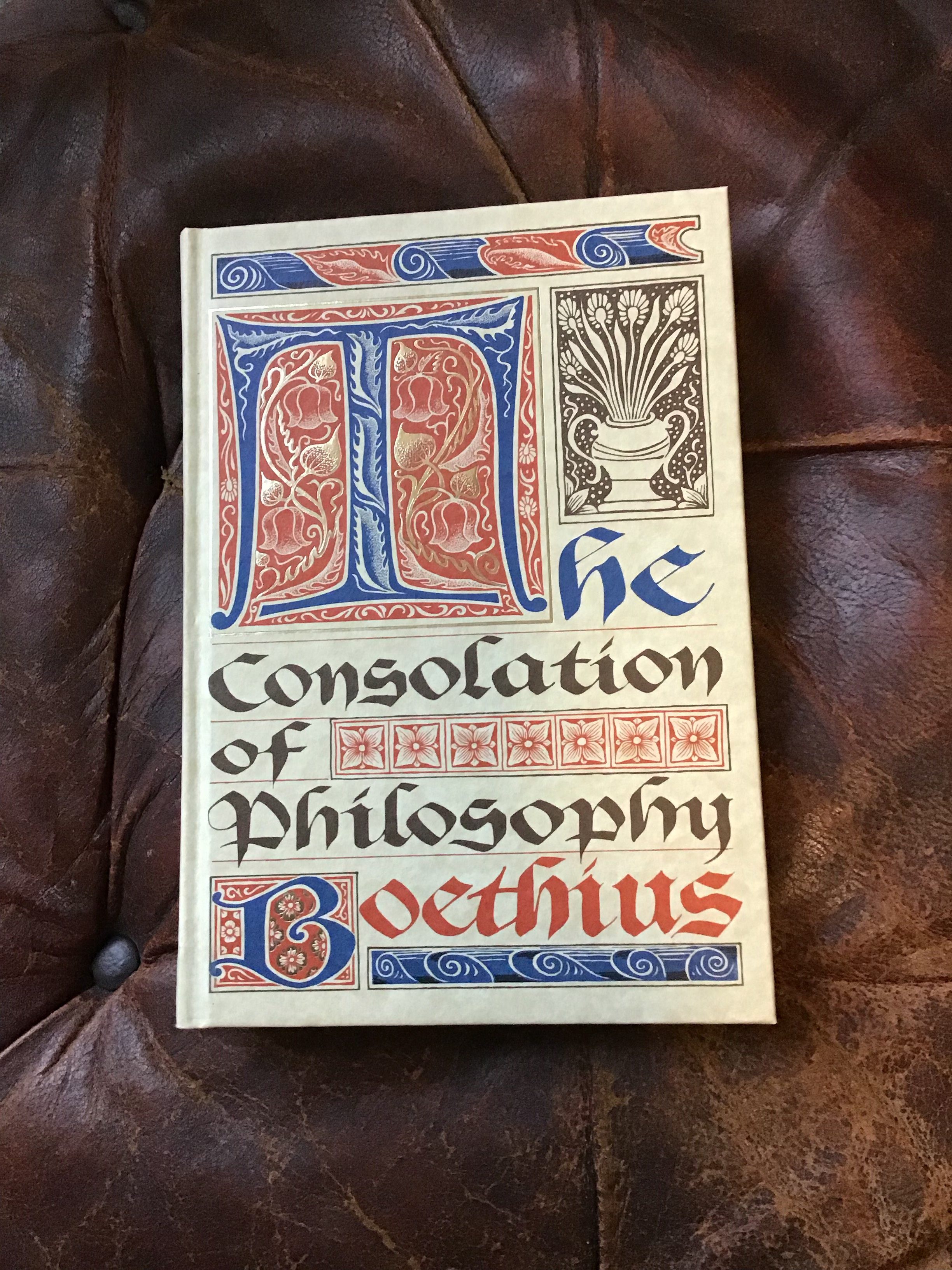 Boethius “Consolations of Philosophy”   Boethius was a senior civil servant under the Ostragothic King Theodoric. He attempted to bring together the Eastern and Western Christian churches. This was a mistake and he was accused of treason and spent a year consoling himself with philosophy before trial and, in 532 AD, execution. Some say he was framed, others do not; some say he was hanged, others that his head was compressed until the eyes popped out.

Oscar Wilde “De Profundis” This is in the form of a letter from jail to his lover, Lord Alfred Douglas. He possibly wanted to send it page by page, but this was forbidden, so, on his release he passed the whole 50000 words to Robert Ross, for onward transmission. It was Ross who gave the letter its title and who published a heavily redacted edition.