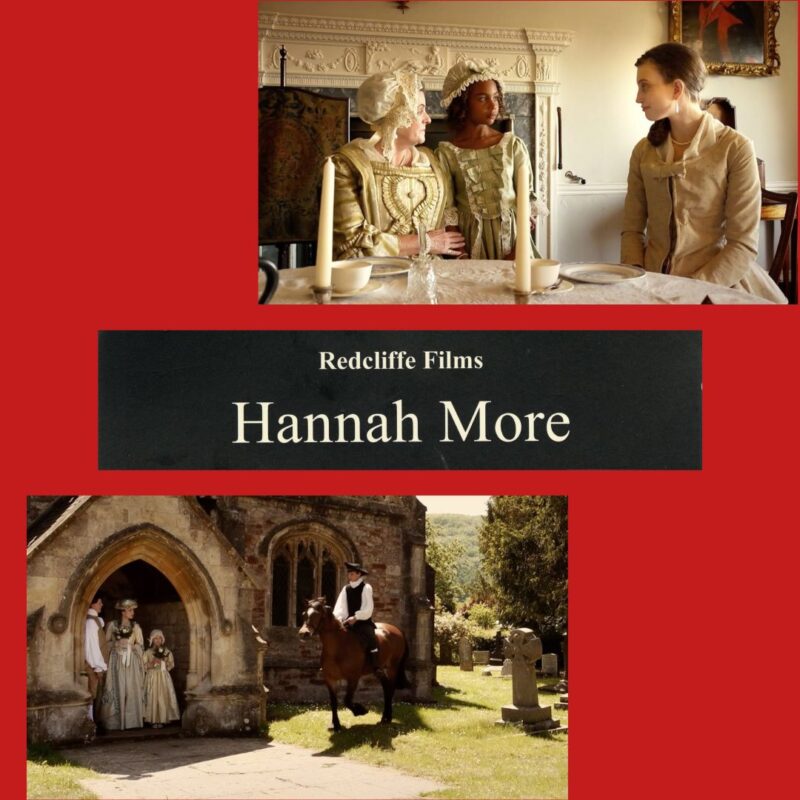 Morrab Library is delighted to be hosting a screening of the film, Hannah More, directed and produced by our own library members Diana Taylor and Anthea Page at 1.30pm on Tuesday 5th July.

The film, set in the 18th century, charts the true story of the life of Hannah More, born into poverty and then betrayed in love, who eventually became one of the most influential women of her time, a turbulent period when revolution threatened from across the channel.

Highlighting the plight of women in the 18th century. Hannah was a member of the Blue Stocking Club, the forerunner of the Feminist Movement in the UK, and became a playwright in London’s theatres.

‘The Hannah More movie trailer is very beautiful and this looks like a fabulous must watch film. The costumes are full of lovely colours and textures. The contrast of the settings and the light create a moving atmosphere that is full of drama’ Vimeo.

The film is a collaboration between retired BBC staff and students from Bristol University, UWE, The Old Vic Theatre School and Bath Spa, and was filmed on location in and around Bristol.

The film runs for 1 hour and 40 minutes, and refreshments will be served afterwards. We’ll also be selling bags of popcorn for the screening!

We will allocate tickets by a ballot system. Please register your interest in attending by Monday 27th June and tell us how many tickets you would like. We will then draw out names and let you know if you have been successful.