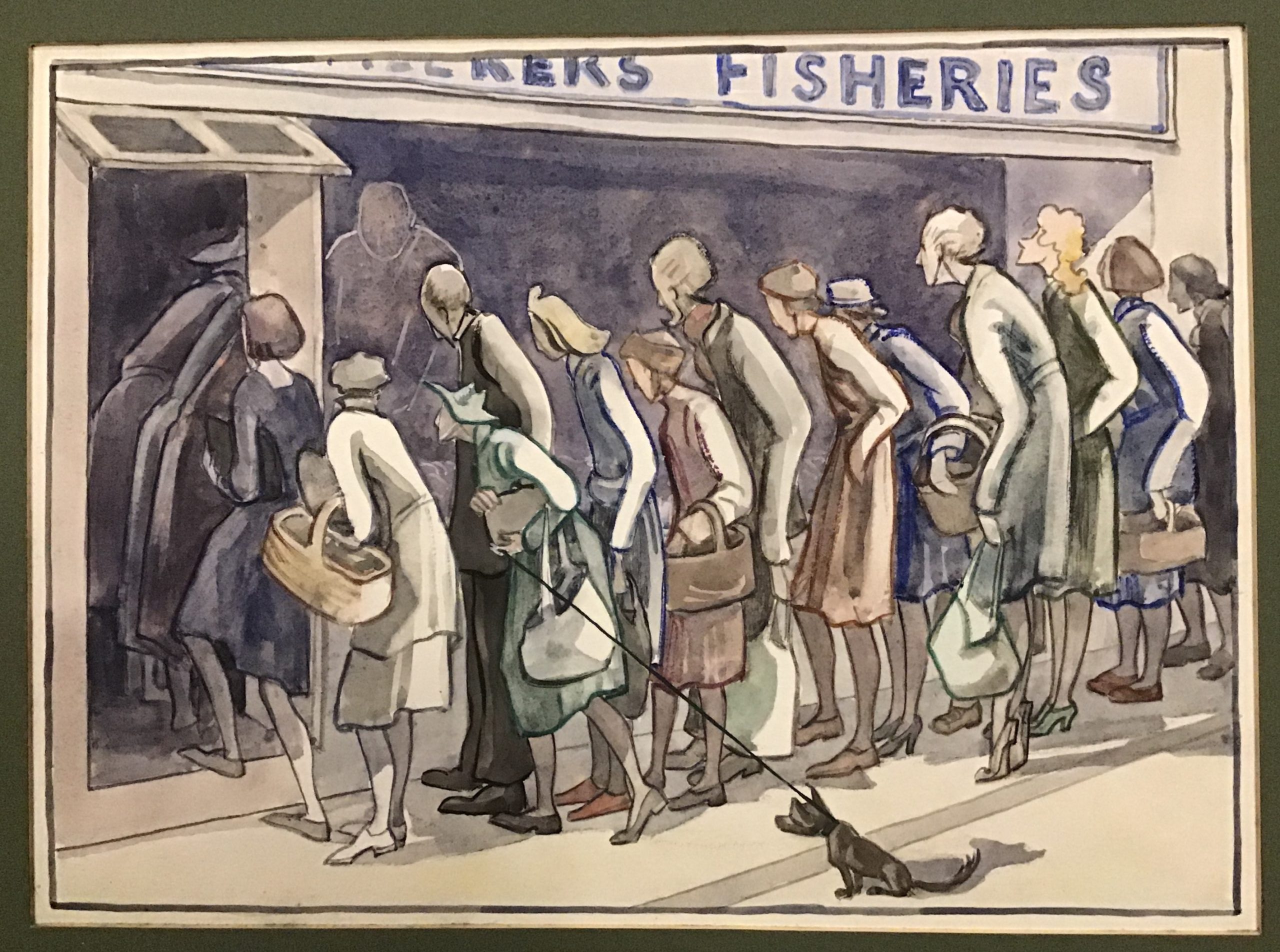 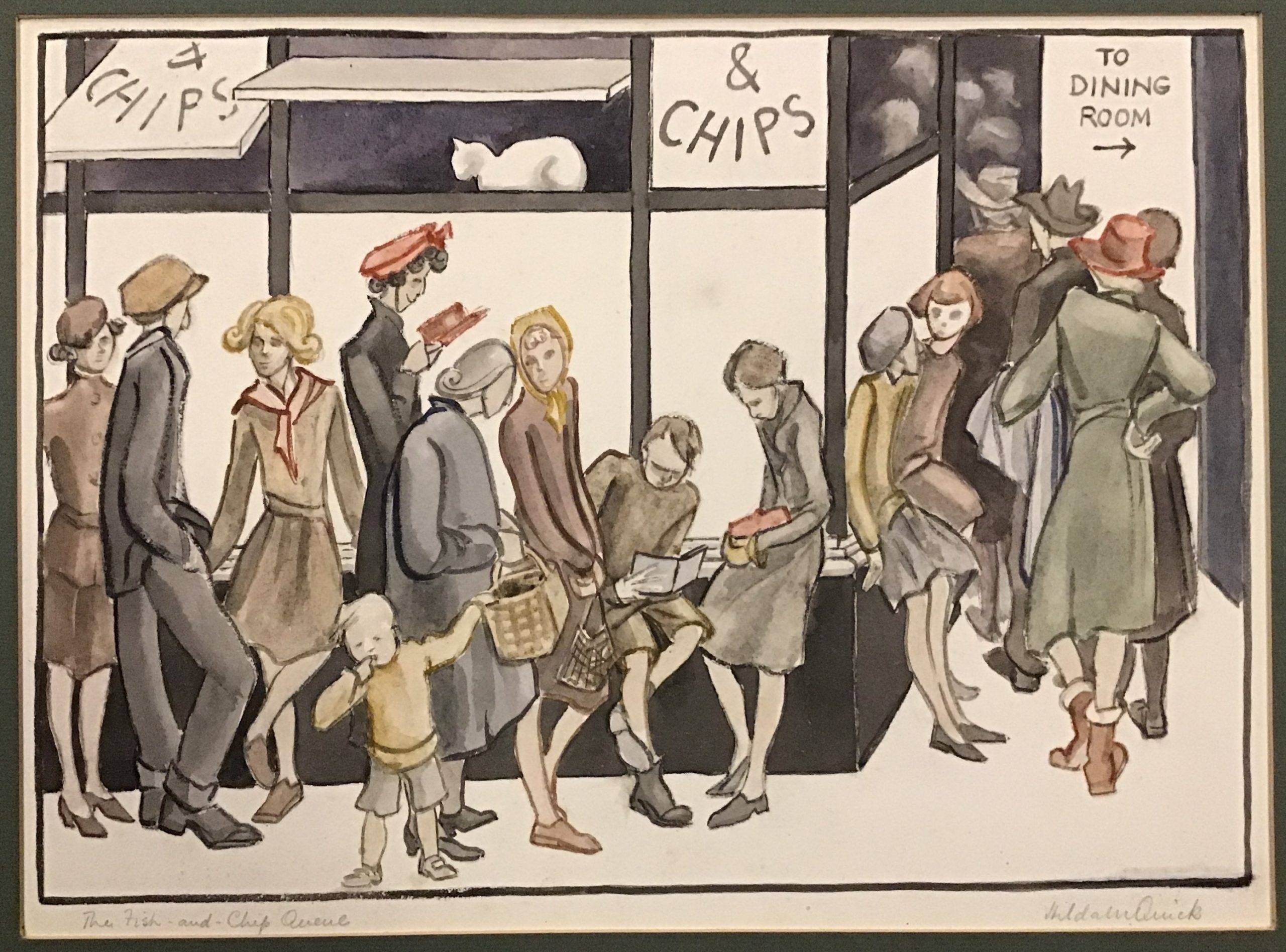 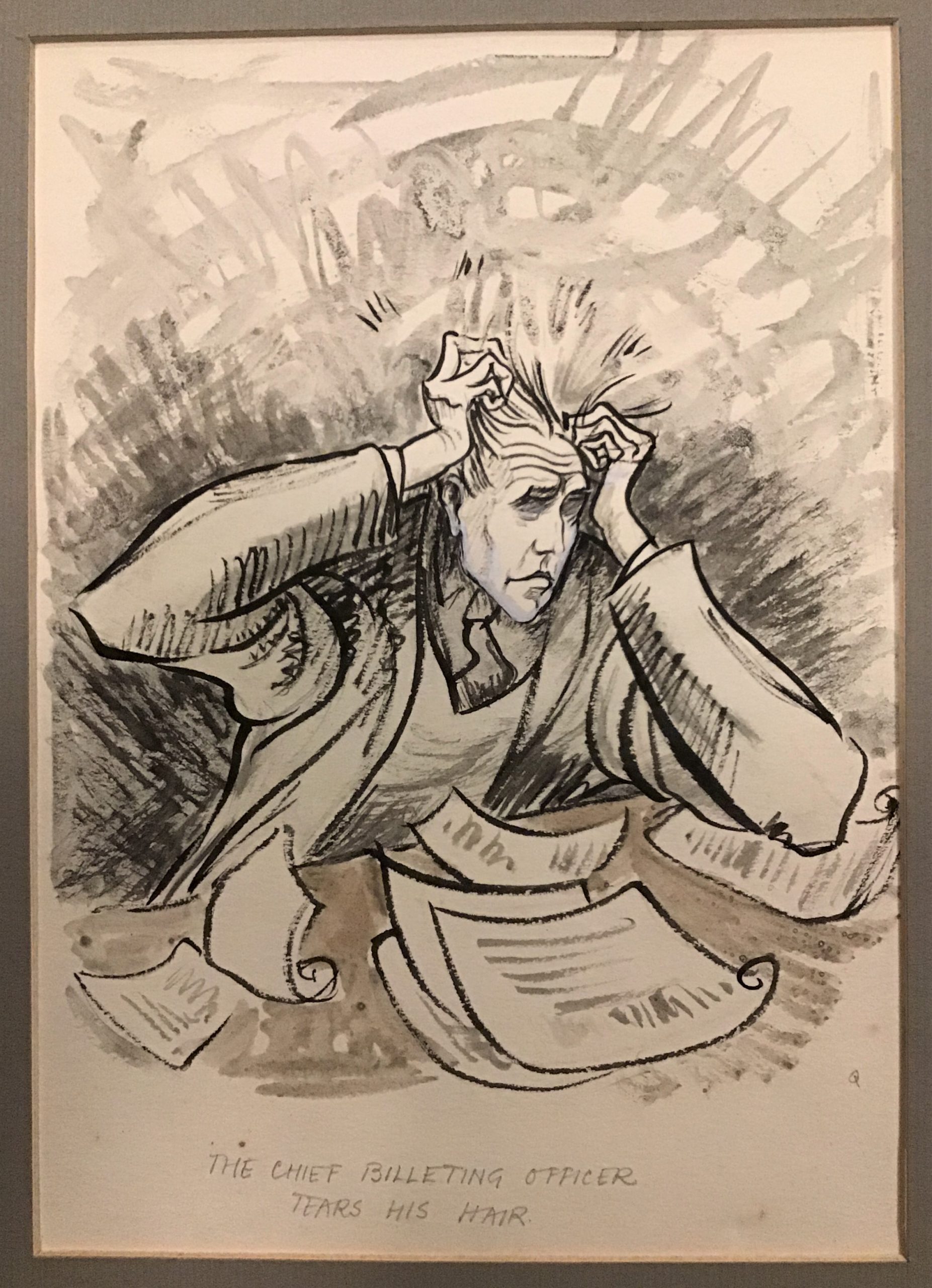 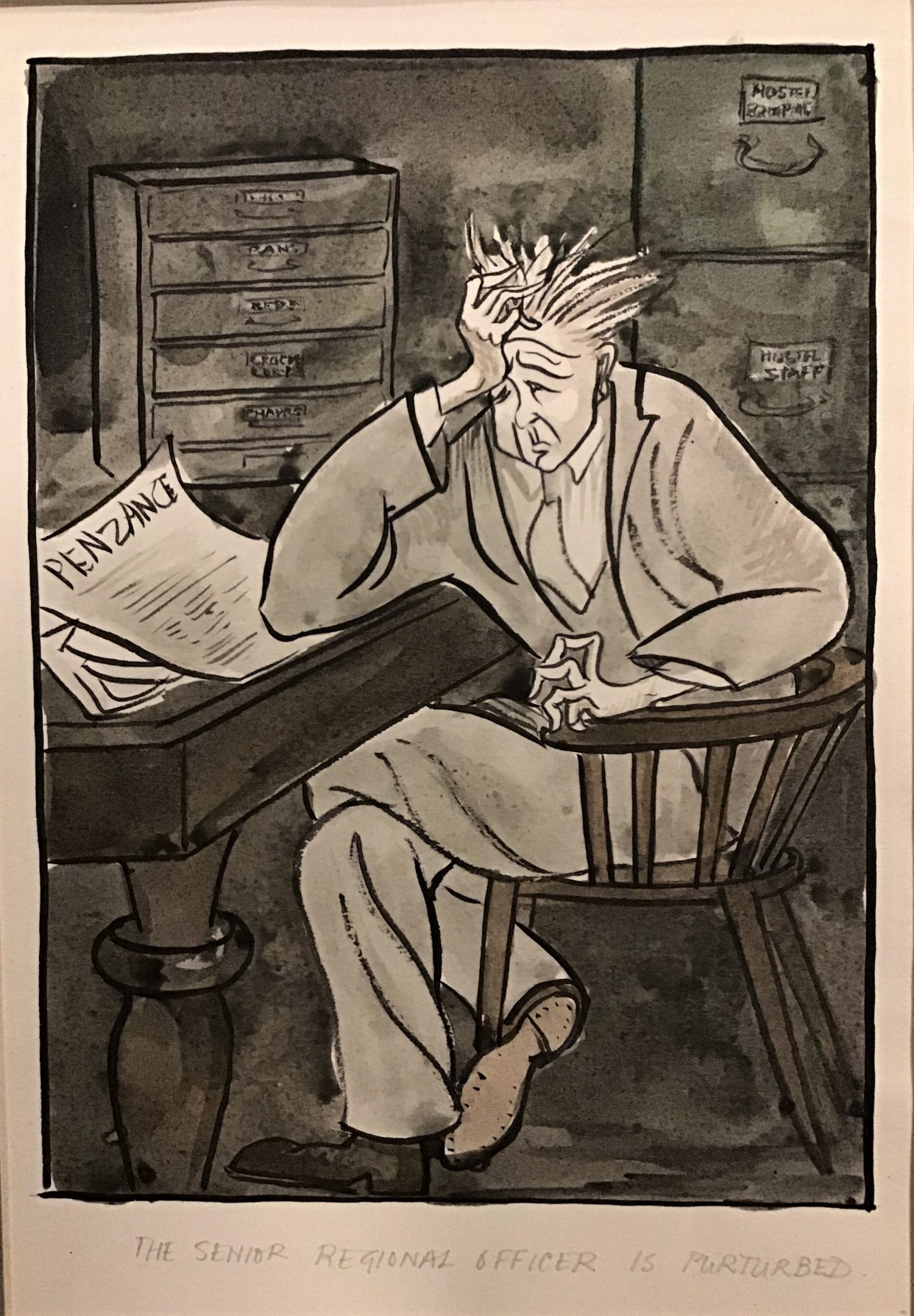 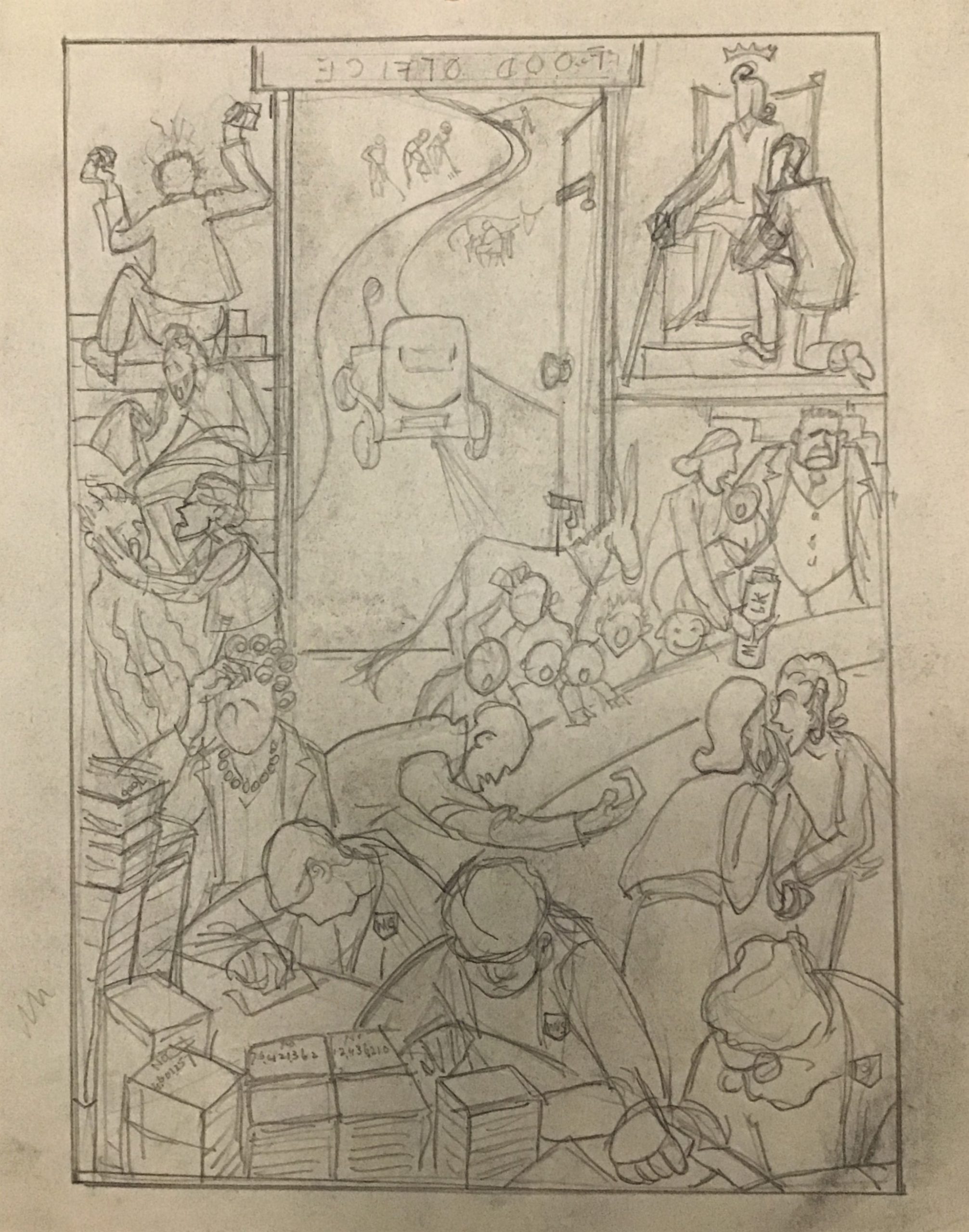 The library is lucky to hold archives of work by the Cornish artist and illustrator Hilda Quick.

Quick was born in Penzance in 1895 and trained at the Central School of Arts and Crafts, London, later specialising in wood engravings. Locally, she created designs for the Minack Theatre programmes, working directly with Rowena Cade (founder of the Minack). She also illustrated numerous books including her own — Marsh and Shore, about bird-watching on the Cornish coast, which became a bestseller.

She lived in Penzance until the death of her parents in 1951, after which she moved to St Agnes in the Isles of Scilly, remaining there for the rest of her life and continuing to produce work until her death at the age of 83 in 1978.

During her long career Quick produced numerous studies of the local community in Penzance and Newlyn, including these rather wry and playful sketches. They were made during the second world war and give an insight into the everyday lives of people in Penzance during that time – from the desperate and dutiful queues at the local fishmongers and chaos at the food office in St John’s Hall, to Penzance’s exasperated ‘chief billing officer’ pulling at his hair.

VE day commemorates the beginning of peace in Europe, a peace that must have been felt in a thousand little ways across the country, from our own land’s end to the highlands. It celebrates the peace that started the long and complicated process of healing for many countries. Hilda Quick’s drawings capture a time that is past but VE day reminds us that the value of peace, and working together, is ever-present. 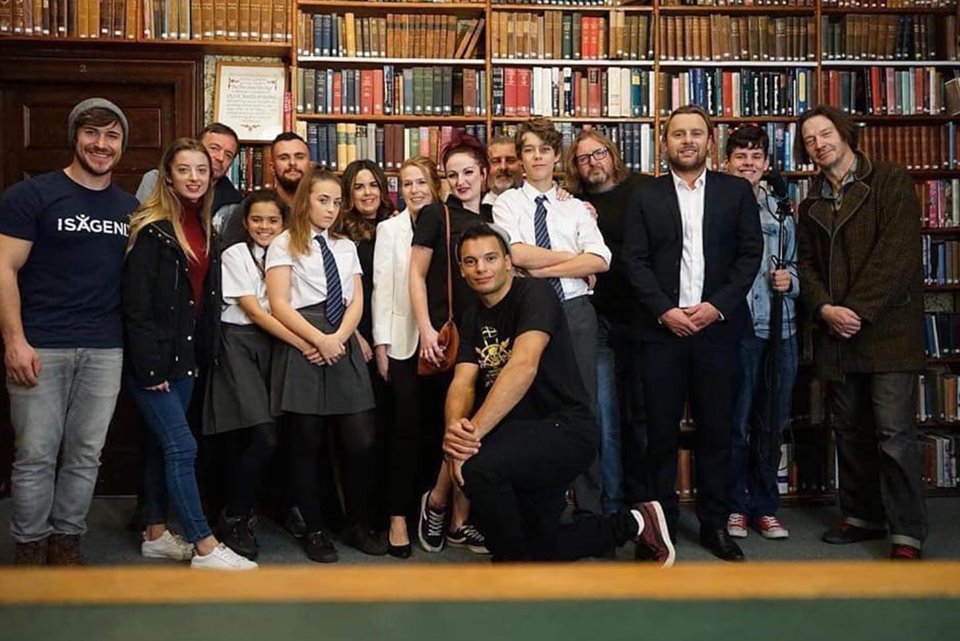 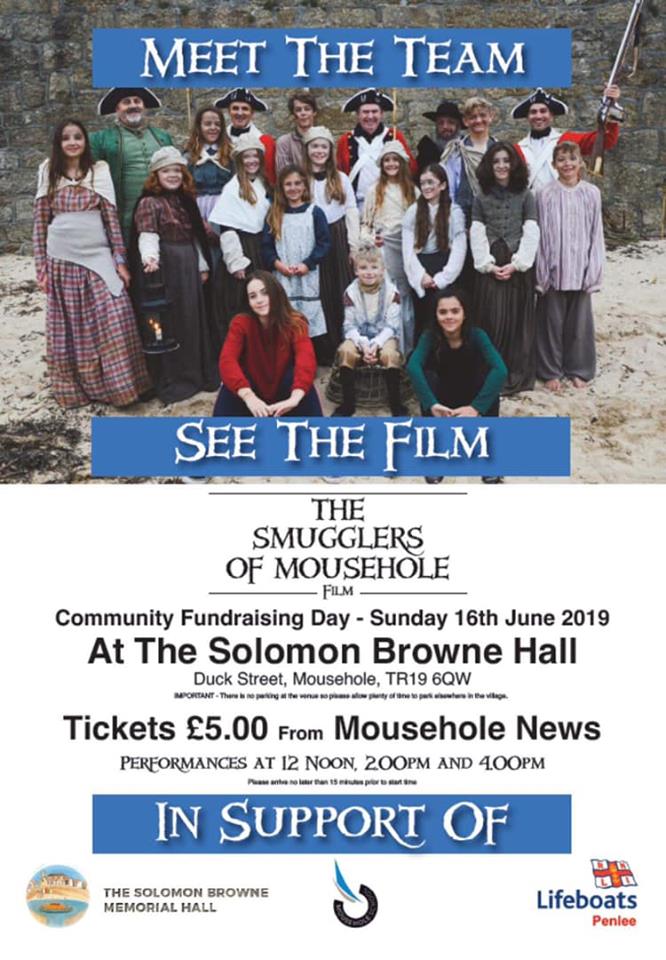 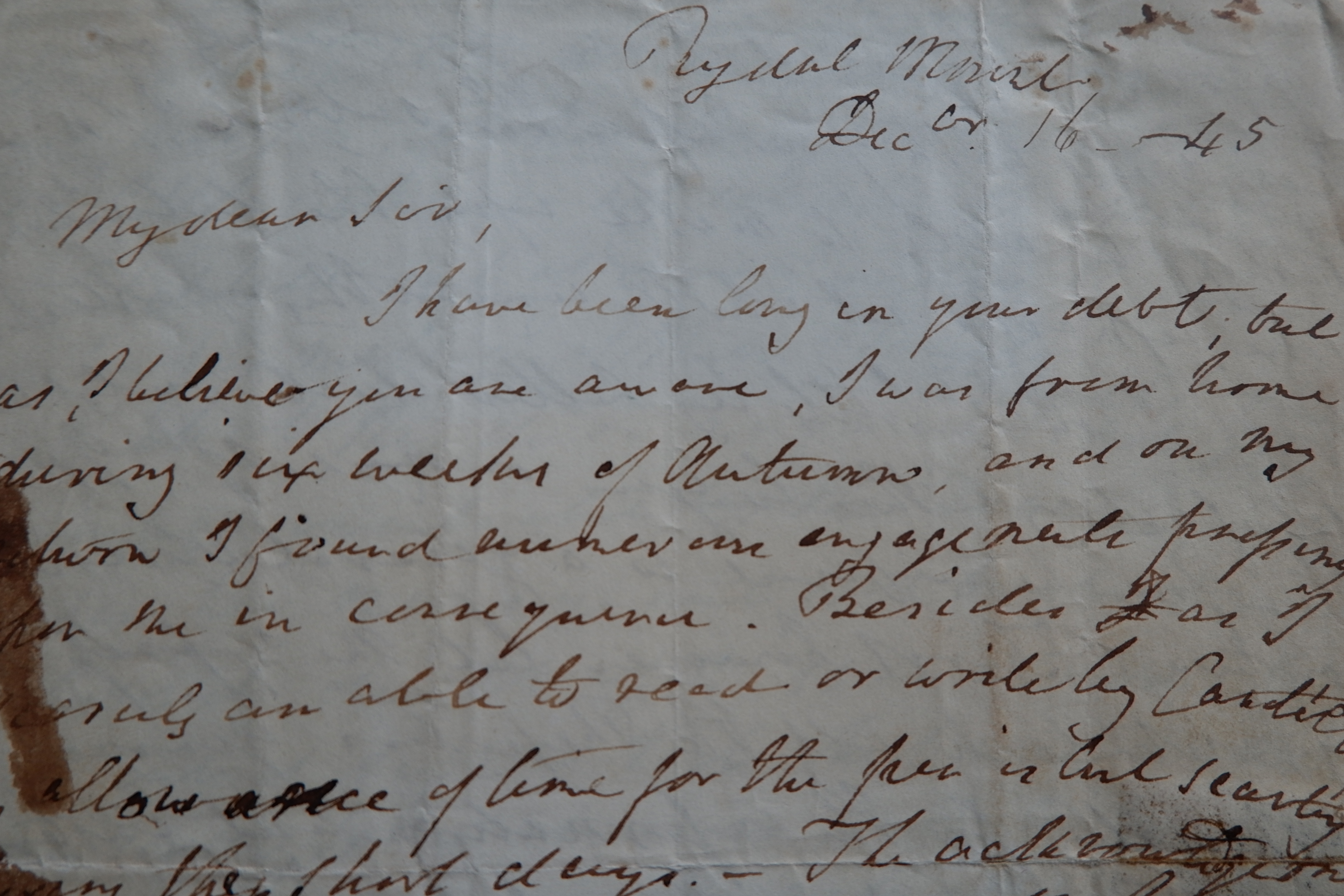 Wednesday 22nd August: Formal Handover by the Hypatia Trust
Finally – A room of our own
In 2012 the Hypatia Trust launched a campaign called “A room of our own”– inspired by Virginia Woolf’s seminal feminist essay–to find a new permanent home for the Elizabeth Treffry Collection on Women in Cornwall and the Isles of Scilly and just over 6 years later this 3000-strong collection of books and papers has finally found a permanent public home at the Morrab Library.
Hypatia has permanently gifted the Elizabeth Treffry Collection to the Morrab Library with a number of fittings and accessories to aid the continued cataloguing of the books and archives for the benefit of the public.
Dr Tehmina Goskar, Heritage Lead for the Hypatia Trust said:
“This move has been a long time coming. Echoing the struggles many women face to have their achievements recognised, recorded and valued, I am both relieved and delighted at the Morrab Library’s offer to be the place where the only collection dedicated to Cornish women will reside. And what a year to do it, to mark the suffrage centenary–the possibilities for women’s studies and women’s heritage in Cornwall have gone up considerably. We have numerous supporters to thank for making this happen, but in particular everyone involved in the Heritage Lottery-funded History 51 project in 2013 and the Tanner Trust who supported the cataloguing of the collection.”
The collection of books, information boxes and archives covers a range of topics from Cornish women’s achievements to their literary triumphs. It also includes works by women who have adopted Cornwall as their home or for whom the Duchy has been an inspiration.
Lisa Di Tommaso, Head Librarian of the Morrab Library said:
“We think the Morrab Library is a fitting permanent home for the collection. The library celebrates its 200th anniversary this year. It remains one of the last independent libraries in the UK, and with connections to Penzance’s late-18th century Ladies’ Book Club it is a very appropriate home for this unique collection of women’s writing.”
In a room of its own that has been lovingly decorated and set up by the library’s staff and trustees, readers will be able to use the collection for research and inspiration from this Autumn. 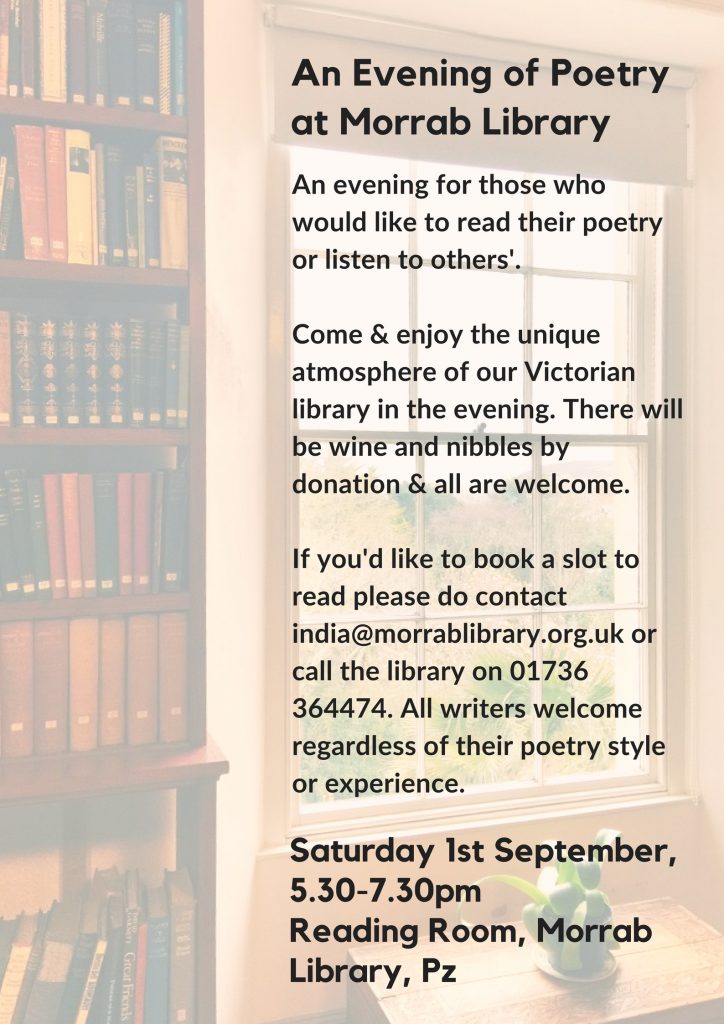 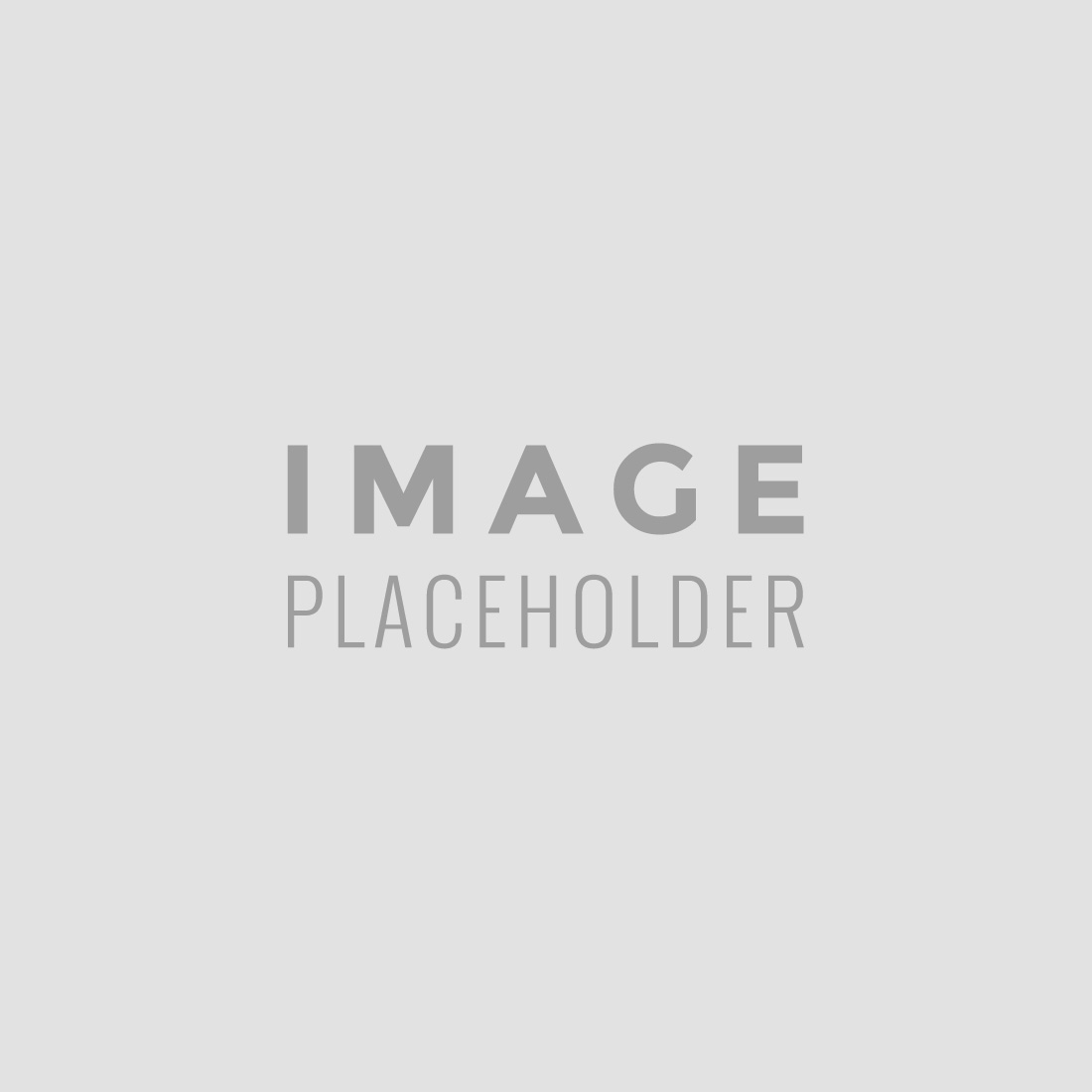